Why SNP, Tory and Labour MPs must now unite 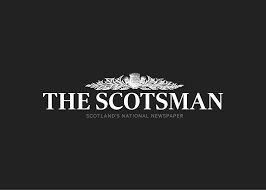 My article for the Scotsman on why MPs from all parties should unite in the national interest to fight a hard Brexit.

You can also read the full article on the Scotsman website.

Just over a year ago, I voted against the triggering of Article 50. I put the interest of my constituents ahead of party politics, and I will continue to do so.

It was, for me, important to try and make the case that this was the single largest act of self-harm a country had ever inflicted upon itself -; and politicians had an obligation to stand up and be counted.

In the months since that vote, the stark reality of Brexit has become clearer. The UK has gone from being the fastest growing economy in the G7 before the EU referendum to the slowest today. The referendum result is already costing us £200 million a week in lost economic growth, and we haven’t even left yet.

These are not just meaningless numbers -; prices in the shops, or the cost of a summer holiday, are higher. Any sort of Brexit will leave families worse off, and a ‘no deal’ Brexit would be catastrophic.

Cities with large service sectors will be the hardest hit, including Edinburgh. That’s why, given the scale of the economic damage that is now apparent, more and more people are rightly asking if Brexit is worth it.

That is why I have helped to set up a new campaign group, Scottish Labour for the Single Market, which has had an overwhelming response with people being turned away from a conference fringe in Dundee last Saturday because it was full.

I said at the event I never thought I would be in a position where politicians from across the political spectrum pursued a policy that harms the economy and makes the future more precarious for working people. Unfortunately, for now, that is the case.

But at least there is still time to change Labour policy. We have already made a major shift, and we now support “a” customs union with the EU. That’s progress, even if a bespoke deal is likely to be harder to achieve than staying in “the” existing Customs Union.

The next step is to persuade the Labour frontbench to support continued participation in the Single Market. Without that we will be left with a policy where we are happy for the free movement of tractors, grain and widgets, but not people. I am optimistic this can be achieved. Dozens of Labour MPs support the Single Market; Labour’s Welsh First Minister Carwyn Jones backs it, Labour’s London mayor Sadiq Khan knows how vital it is; and nearly 50 senior members of Scottish Labour have signed an open letter calling for permanent membership. Frances O’Grady, general secretary of the Trades Union Congress, has said we must keep “all options on the table -; including staying in the Single Market and Customs Union”. And more importantly, the Single Market membership is backed by nearly three-quarters of ordinary Labour Party members.

But this goes much wider than the Labour Party. We need to unite the country, and to achieve that we need cross-party co-operation. Theresa May does not command a majority in the Commons for a hard Brexit. The snap General Election changed all that. The Lib Dems are fiercely pro-EU and, while the SNP has a reckless position of wanting to break-up the UK, which would cause even greater economic damage than Brexit, the party’s MPs support the European Single Market.

And, crucially, there are a number of Tory MPs who know their leader is on the wrong side of history. Those Tories hold the balance of power here, but where are the 12 new Scottish Tory MPs?

Writing jointly earlier this week, Conservative MP Anna Soubry and Labour’s Chuka Umunna MP said: “An issue that continues to divide our country also forges new alliances and a determination to put the interests of the country over and beyond traditional tribal politics and party loyalty.”

I agree. Yet the ball is in Labour’s court. It is my party which, if it chooses, can take the least-worst Brexit option. If we do that, we can protect up to 80,000 jobs in Scotland alone; we can tackle austerity because our economy would continue to grow; and we can defend protections such as parental leave, holiday pay and the right to join a trade union. And, vitally, we can prevent a hard border between Ireland and the UK. The Good Friday Agreement -; one of Labour’s proudest achievements -; cannot be respected and there cannot be an open border in Ireland unless Northern Ireland is in both the Single Market and Customs Union.

Everyone, apart from the Brexiteers, knows this. In fact, it is something that, across the political divide, we all agree on -; there can be no hard border in Ireland. As my colleague Martin Whitfield MP said at the weekend: “If people don’t like the sound of the Single Market and Customs Union, let’s call it peace in Northern Ireland.”

Last week, I was in Paris with Westminster’s Foreign Affairs Committee and the message from the French was the same as from the EU and other member states: “We regret you are leaving but given you are, it is in your gift to tell us what you want and, more importantly, how you will come up with solutions, especially with the Irish issue.”

One senior government minister has privately admitted to me that the Northern Ireland issue simply cannot be resolved with a hard Brexit, despite what the Prime Minister publicly claims. The minister stated what seems obvious.

They compared it to the issue of an independent Scotland -; in that scenario it would simply be impossible to avoid some sort of border with the rest of the UK.

The minister knows that to be true as they argued it forcefully, and rightly, in the independence referendum campaign in 2014.

This is the time to stand up and fight for every family in the United Kingdom. Future generations will thank us. We owe it to them.