My update sent to constituents on 12th June 2018 regarding the EU (Withdrawal) Bill and Lords amendments:

As you will be aware the EU (Withdrawal) Bill comes before the House of Commons with fifteen amendments attached to it by the House of Lords. Many constituents have emailed me on the specific amendments, so please accept this update as a response to that correspondence.•

If you don’t fancy reading the detail I can confirm I will be supporting all fifteen Lords Amendments. The three most important are: the Customs Union, meaningful vote, and the Single Market (EEA). The Government has• proposed a compromise on the Custom Union to buy off their rebels but we are still likely to win the meaningful vote amendment. Unfortunately, the EEA amendment will not be successful but I will support it in any case.

You can also read•my article in today’s Scotsman•on the case for backing the Lord’s amendment.•

You can also find lots of information is here from the House of Commons library.

You may also be aware that I’m a founding member of Scottish Labour for the Single Market, a Director of Labour for the Single Market, a key member of the pro-EU Open Britain group and I support the People’s Vote campaign. I will vote in the best interests of Edinburgh South.• You can see all I have been writing and doing on this issue at my website••www.ianmurraymp.co.uk•or search online for “Ian Murray MP Brexit”.

Firstly, let me explain where parliament is in the process.• The EU Withdrawal Bill concluded in the House of Commons earlier this year (for the record I voted against it). The Bill then goes to the House of Lords for exactly the same 2nd•Reading, Committee Stage, Report Stage and Third Reading.• The Bill has received its Third Reading in both the Commons and the Lords.• The process we are in at the moment is called “Ping Pong’.• That is the process of the House of Lords whereby they have suggested amendments to the Bill and these amendments come to the House of Commons for approval or rejection.• If they are approved by the Commons the amendments are added to the Bill.• If they are rejected they go back to the Lords and they the vote on whether to send it back, for a second and subsequent time(s), to the Commons. That is why it is called Ping Pong.

It is•important to state that there is no vote on whether the Bill should pass into law. The Bill has already received its third reading in both houses so will pass to law automatically after this process of amendments. So I can’t “vote against the bill” as many constituents have requested. I did however, vote against the Bill at 3rd Reading.•

In the process the only thing the MPs are dealing with is to accept or reject the Lords amendments.• However, the Government can bring amendments in lieu which allow for a rejected Lords amendment to be sent back with a •suggested approach by Government that they may accept.

This process means that other amendments are merely signalling a direction of travel as they are very unlikely to make it to be voted on, especially given that the Government has programmed this process for only 6 hours on Tuesday and 6 hours on Wednesday.• That time also includes voting (which takes 15 minutes per vote and there could be over 30 votes.

The Government were defeated on 15 occasions in the House of Lords but also brought hundreds of their own amendments (some of these on the devolution of powers issue).• The Government amendments are merely for tidying up the legislation so are unlikely to be challenged.• The main source of activity will be on the 15 Government defeats.

It is worth emphasising at this stage that the only way any amendment would be successful is if all opposition MPs and 10-15 Conservative MP rebels vote for the Lords amendments.

I WILL BE SUPPORTING ALL 15 AMENDMENTS, INCLUDING THE PEOPLE’S VOTE AMENDMENT BUT THIS IS UNLIKELY•TO BE VOTED ON AS IT IS AN OPPOSITION AMENDMENT AND NOT GOVERNMENT.

I have maintained all along that the least worst option for the country if we leave the EU is to keep our membership of both the Custom Union and the Single Market.

You can watch my speech below on the Government’s approach to the customs issue.• 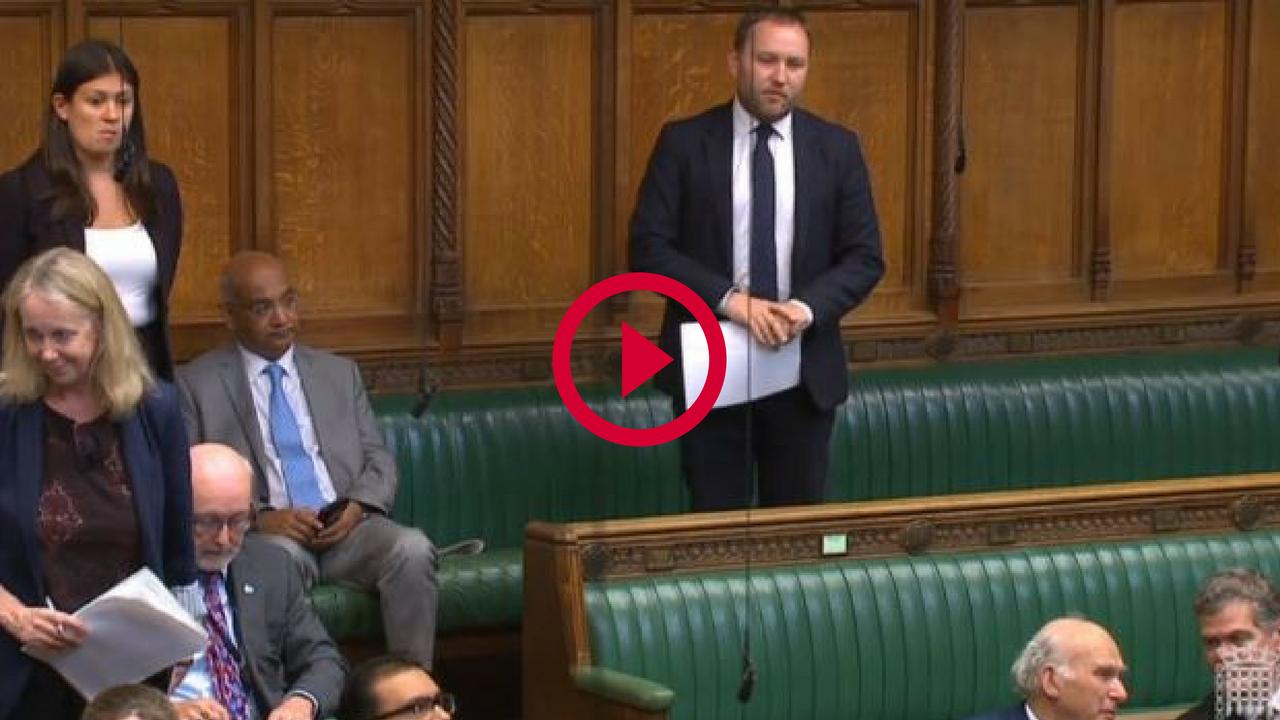 Chance of success: High but likely to be kicked down the road for the imminent customs bill

Update:• The Government have brought a compromise to the table late on Monday evening that looks as though it may have bought of Conservative rebels.

Maintains EU environmental protections in domestic law, with a body to enforce compliance.

Government view: says same principles should be included in a new environment bill

Update: There is a much stricter amendment been proposed by Labour MP, Mary Creagh, that I have signed but it is unlikely to be voted on or even moved.

Prevents EU law on areas such as work, health and safety, and environmental standards being modified by secondary legislation without the approval of parliament.

Transfers the EU’s charter of fundamental rights into domestic law.

Limits the scope of ministers to amend retained EU law under secondary legislation, also known as Henry VIII powers, by changing the wording so it can only happen if “necessary” rather than just if a minister deems it “appropriate”.

Enhances the amendment Tory rebel Dominic Grieve•got through the Commons in December•guaranteeing a meaningful final vote on the Brexit deal by allowing the Commons to decide the next course of action if parliament rejects the deal.

Government view: suggests that if parliament votes against the deal, a minister will set out how the government plans to proceed within 28 days

Chance of success: most worrying for government as MPs could reject its view.• This is the amendment most likely to pass.

Requires parliamentary approval for negotiations on phase two before they begin.

Requires ministers to seek agreement to maintain the right of unaccompanied child refugees in one EU state to join relatives in the UK after Brexit.

Government view: proposes an intention to seek a deal with the EU so such children can join relatives who are lawful residents in the UK

Update: There is an amendment by Yvette Cooper, Labour MP, which has been accepted by the Government.•

I’LL BE VOTING FOR THE LORDS AMENDMENT AND THE YVETTE COOPER AMENDMENT IF IT IS CALLED.

Requires no changes to Irish border arrangements without the agreement of both the UK and Irish governments.

Government view: proposes amendments so the bar on border changes refers only to physical infrastructure

I’LL BE VOTING FOR THE LORDS AMENDMENT BUT THE GOVERNMENT COMPROMISE IS LIKELY TO BE ACCEPTED.

Formalises the idea that EU law can continue in UK law, and the UK can stay in EU agencies.

The government had amended the bill to set 29 March 2019 as a definitive exit date. The Lords changed this to make any date subject to parliamentary approval.

Obliges the government to prioritise staying in the European Economic Area, known as the Norway option.

Chance of success: won’t pass; Labour has introduced its own idea

Removes a section of the bill letting ministers use directives to decide who is able to challenge the validity of retained EU law post-Brexit.

I’LL BE VOTING FOR THE LORDS AMENDMENT.

Guarantees the right of challenge to a domestic law if it fails to comply with the general principles of EU law as set out by the European court of justice.

Government view: will accept this as long as such challenges are limited to three years after exit.

I’LL BE VOTING FOR THE LORDS AMENDMENT UNLESS GOVERNMENT COMPROMISE IS ACCEPTED.

An intended replacement to amendment 51 on the EEA, it states that a negotiating objective should be “to ensure the United Kingdom has full access to the internal market of the•European Union, underpinned by shared institutions and regulations, with no new impediments to trade and common rights, standards and protections as a minimum.”

Chance of success: extremely slim. Tory rebels unlikely to back an official Labour amendment, not least because what it proposes is more or less impossible under EU rules.

AN UNNECESSARY FUDGE THAT GETS THE GOVERNMENT OFF THE HOOK.• WE HAVE THE TORY REBELS REQUIRED FOR THE LORD ALL AMENDMENT SO WE SHOULD PRESS THAT AND DEFEAT THE GOVERNMENT.

Please get in touch if you require any further information.