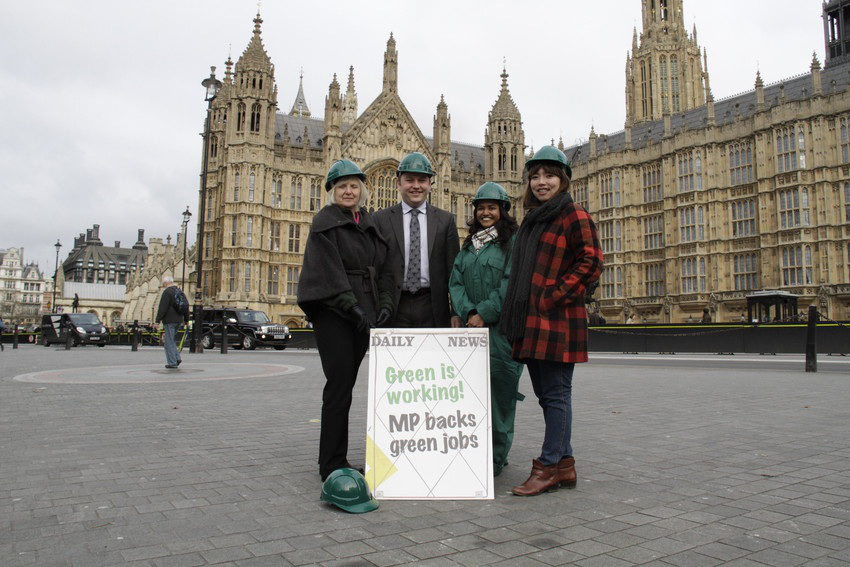 Edinburgh South•MP•Ian•Murray•joined forces with Friends of the Earth and RSPB on Wednesday (28 November 2012) in a call for the Government to deliver green jobs forScotland.

It comes in the week the Coalition has published its long-awaited Energy Bill, which will•determine the way Britain is powered for the next generation.

Ian•Murray•says the Bill must build on the success of the thriving green economy -; which according to the CBI, employs almost a million people and accounted for a third of UK growth last year -; and ensure we meet our goals for tackling climate change.

He•says the Government should amend the Bill to set a target to green UK electricity by 2030,•in line with advice from its independent advisers the Committee on Climate Change,to encourage•renewable energy companies to make long-term investments in Britain that could bring new jobs to•Edinburgh South.Ending Britain’s heavy reliance on gas would also stop rising gas prices from driving up fuel bills.

Ian•Murray•said: “Green is working -; insulating homes and developing renewable energy will create new business opportunities and jobs as well as tackling climate change. But renewable energy companies and their supply chains will only invest in•Edinburgh South•long-term if the Government sets out a clear pathway for low-carbon energy in the future. That’s why I support a target in the Energy Bill to cut the carbon from our electricity by 2030.”

Friends of the Earth’s Executive Director Andy Atkins said: “Ian Murray MP is right to back a carbon-free power target that will support new green jobs and give businesses confidence to invest in clean British energy.• This Energy Bill is a once-in-a-generation chance to get the UK off increasingly expensive gas, and develop cleaner alternatives such as wind and solar power that, alongside energy saving, will save us all money in the long run.”

RSPB’s•Chief Executive Mike Clarke said: ‘Wildlife is on the frontline when it comes to climate change. For many species this means that unless we get a grip on our carbon emissions now, extinction is on the horizon. That’s why the RSPB and so many others are here today backing green•energy as a means of reducing UK emissions and giving our economy a boost at the same time.If our political leaders make the decisions needed now to support green energy and green jobs then people and wildlife for generations to come will owe them a great debt.”