Ian joined other, animal-loving MPs at an event in Westminster organised by Dogs Trust, the UK’s largest dog welfare charity, to raise awareness of its annual Christmas campaign.

The event, aimed to highlight the famous Dogs Trust slogan; “A Dog is for Life, Not Just for Christmas” in a bid to combat the problem of dogs being•given as gifts at Christmas only to be later abandoned in January.

The event gave attendees the opportunity to open a window on the charity’s ’12 Strays of Christmas’ advent calendar and learn more about its campaign to encourage people to think carefully before taking on a dog, especially during the festive season.

“I am delighted to support the excellent work of the Dog Trust especially at this time of year.• Although their message is well know it is still vital that dog ownership is seen as a long-term commitment and not just an impulse buy. The Dog Trust see an influx of dogs being handed in to their rehoming centres over the Christmas period and hopefully by raising awareness we can help curb this problem by educating people on responsible dog ownership and the potential risk of buying pets online on an impulse.”

Every year, Dogs Trust works to highlight the problems surrounding dogs being given as gifts at Christmas. The online sale of pets means that impulse buying of animals has become an appealing option and the lure of a quick sale attracts many unscrupulous breeders particularly during the Christmas period. 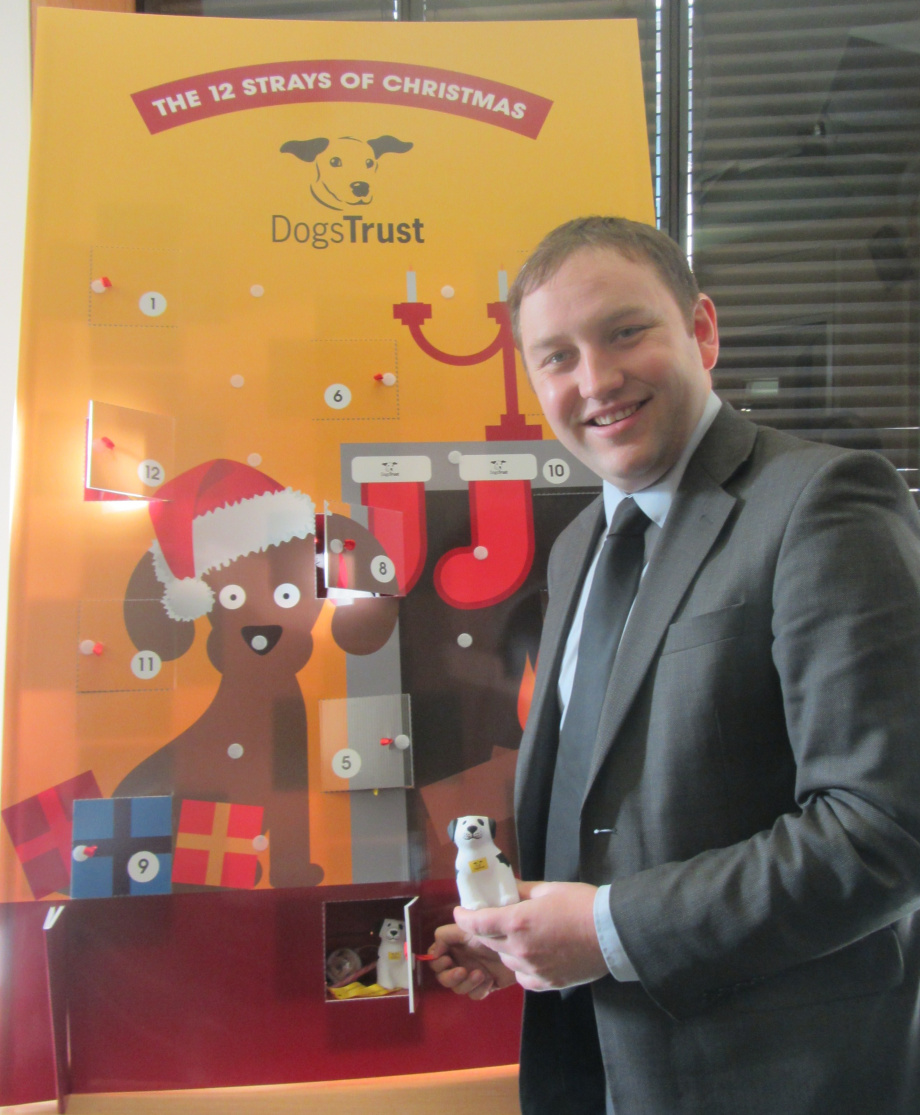