LETTER TO NHS LOTHIAN ON LIBERTON AND ASTLEY AINSLEY HOSPITALS 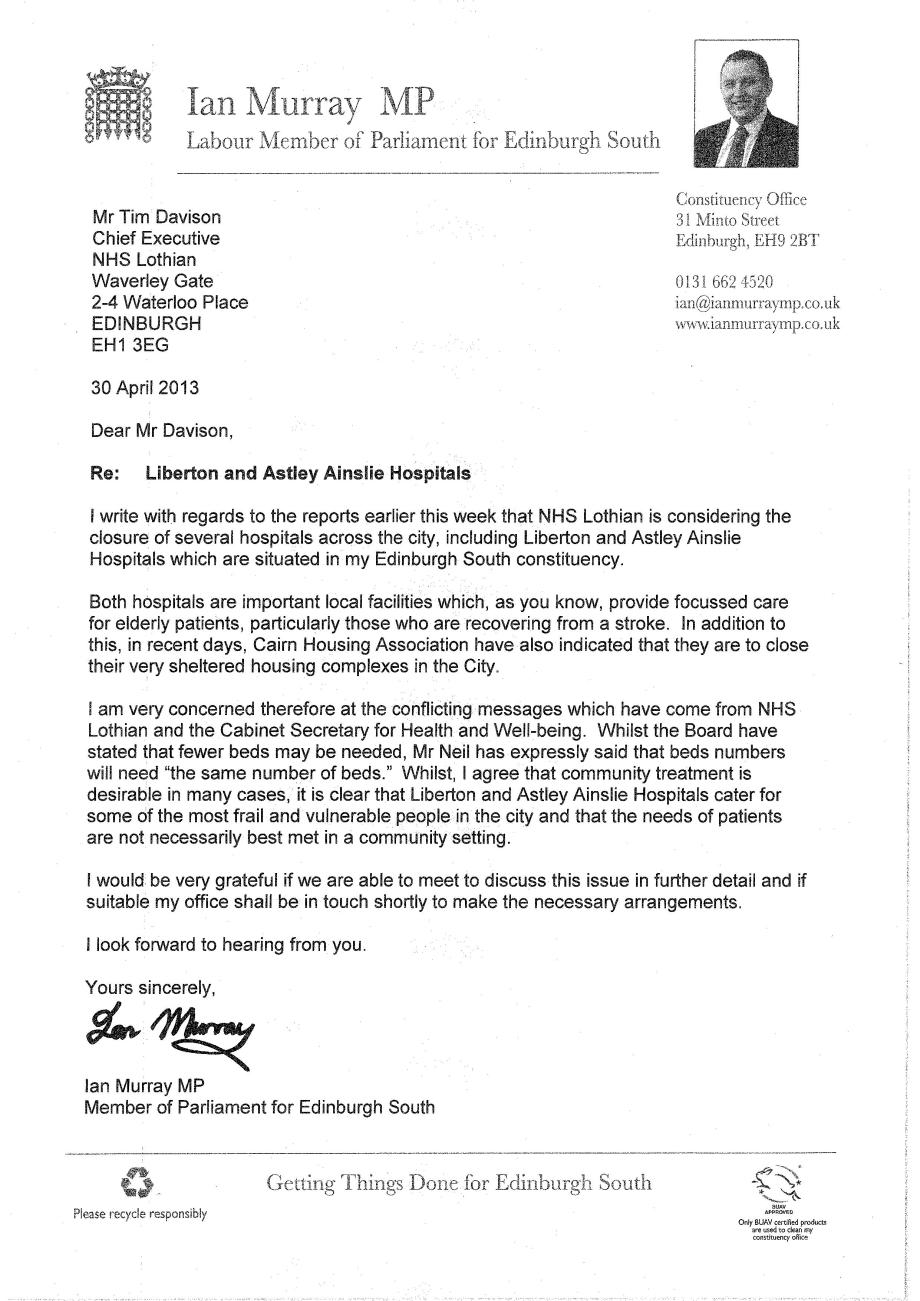 It was reported earlier this week that NHS Lothian are considering the closures of Liberton and Astley Ainslie Hospitals in the Edinburgh South area. I’m really concerned about the mixed messages from the Scottish Government, with Ministers saying that we need to maintain bed numbers and the health board saying fewer will be needed. I hope to meet with the Chief Executive in the near future to discuss this important issue in more detail. It is a vital facility for many elderly people across the city.