LET’S HAVE A REASONED DEBATE BASED ON FACT

Given my twitter feed over the last few hours I think I was right to highlight the increasingly poisonous nature of the independence debate, especially in light of recent vandalism to my constituency office.

Much of this vitriol and bile followed an inaccurate and unsubstantiated post by a Bath-based blogger who failed to check either the facts or the circumstances of the incident.

I want to be clear about the facts of the situation.• Having spoken to the blogger in question, I have been promised that he will publish my response and that he will correct his article for inaccuracies.• I hope that other blog sites such as Newsnet Scotland will follow suit. I also hope that elected members from the SNP who chose to jump on this bandwagon see that their activities on twitter should be checked before blindly posting on the inaccurate word of a blogger.

My main concern remains the escalation and if you look at my twitter feed over the last 15 hours you will see that my concerns are justified and perfectly encapsulated in that timeframe. 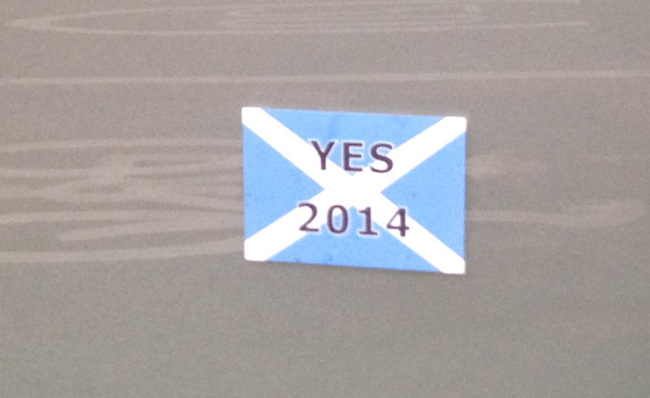 The responses on twitter are a very sad reflection of the debate.• I have asked the blogger to remove or correct the post on the basis of the above information. I hope that the blogger retracts his post, and perhaps thinks carefully about publishing unverified information in the future. It does him no good, it does the debate the no good and it causes unnecessary time to be diverted from what I am elected to do.

I will conclude by saying that I will sort the graffiti on my office door as soon as I can. I would hate for people to use that as an excuse to write inaccurate and misleading blog posts.