A LABOUR GOVERNMENT WILL REPEAL THE LOBBYING ACT IN 2015

The illiberal gagging law took a big step towards being repealed yesterday, as Labour pledged to scrap it, if returned to government in 2015. 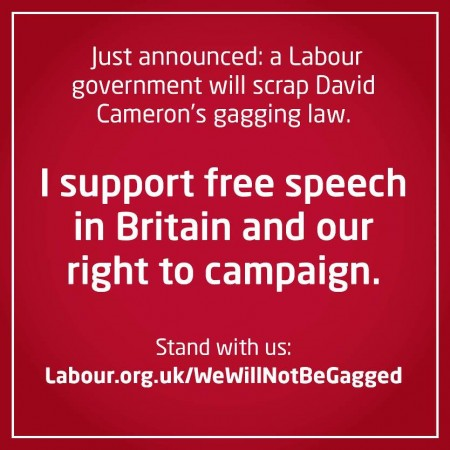 This Act came about because the current Government wanted to protect vested interests lobbying at the heart of government, and they wanted to stop charities and campaigners holding them to account for their broken promises.

Therefore, I’m delighted that a Labour Government will repeal this law, and will instead legislate for the real reform that our politics needs. In the legislation to repeal the Act, we will introduce a universal register of all professional lobbyists backed by a code of conduct and sanctions. We will also consult with charities and campaigners about the reform we need to both ensure transparency in our elections and protect freedom of speech.

The campaign against this policy deserves much credit for exposing this Act for what it is -; a shabby deal which lets vested interests off the hook.