Johanna Carrie is a campaigner with•Transition Edinburgh, the environment and community group. She has written this fantastic piece on building strong communities and reducing the risks of climate change, with some examples of•brilliant initiatives already going•on in the•city.•

Recently I met someone who is planning to ‘future proof’ his house by installing solar panels on his roof. This is not a phrase I have come across before, but I can think of examples of Edinburgh communities who are also involved in ‘future proofing’.

The people of Balerno have the•Harlaw Hydro•electricity generation project. They will sell the electricity to the grid, so helping us all become less dependent on fossil fuels. The money earned from the Feed in Tariff will be used by the community to help them meet their needs, be that better insulation, producing local food, or projects which benefit all but are less concerned with sustainability. The Balerno Village Trust already helps to create a sense of belonging to a lively community. 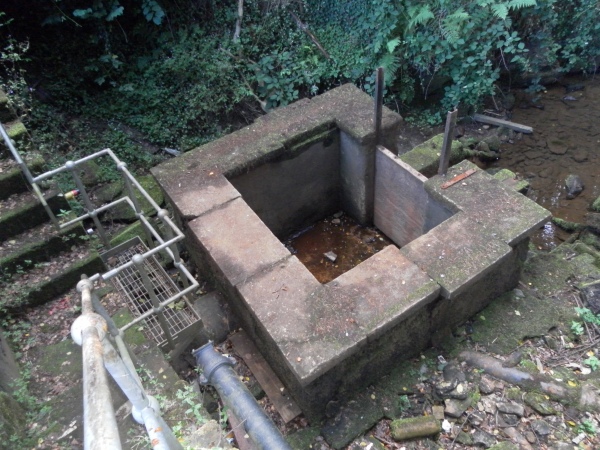 RT @edibreakingnews: Harlaw Reservoir set to power the community: Contractors have been appointed to develop a hydro http://t.co/UQhBxv40ag

The Edinburgh Community Solar Co-operative is still in the early stages of negotiating with the Council, so that solar panels can be installed on some 25 roofs owned by the city. Again generating local electricity is a form of ‘future proofing’. The intention is that some of the income will be used to set up a fund which can be used for projects across the city. Bringing people together to decide priorities should increase community cohesion. This in turn is a small step towards ‘future proofing’ as people who have worked together should be more likely to support each other through any difficult changes. 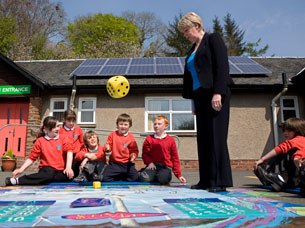 Whitmuir Farm, near West Linton, contributes to our food security by growing local produce and rearing animals for food. People can learn how to use this food as well as how to grow more them selves. The farm supporter scheme, and social events help to create a sense of being part of something. Transition Edinburgh South has a•Grow Stronger project, based in Gracemount, where local residents will grow vegetables in a refurbished walled garden, and share workshops in using their produce.

Click on the food wheel to use the interactive seasonal food calendar.

The Grow Stronger project is financed by the Climate Challenge Fund. The other three examples of local action have or plan to raise funds through share offers.

Buying shares may earn some interest and some people will regard these schemes as a social investment but government incentives for strategic policy areas such as climate change and community development projects can convert what would be a polite donation of spare cash into significant contributions that enable the project to go ahead. In this respect the Enterprise Investment Scheme (EIS) and the Seed Enterprise Investment Scheme (SEIS) are invaluable. The tax relief that these schemes provide not only encourages community investment but it also provides an impetus that greatly increases the chances of a successful outcome.

For example: Harlaw Hydro raised all the capital required to develop a micro-hydro scheme via a share issue. This was undoubtedly achieved by a combination of good planning and preparation by the team AND the demonstrable return promised through SEIS and EIS.

EIS and SEIS are still relatively new and not well understood but their potential to stimulate small community based businesses is immense. It should be noted that projects, such as the hydro scheme mentioned above take several years to come to fruition and there will be many projects in process now that are planning to make use of SEIS and or EIS.

The consultation documents on these schemes suggest that the intention may be to cut back on these incentives.

It seems admirable to me that there are incentives to encourage people to invest in community electricity and food growing projects. We have ambitious carbon cutting targets and a desire for stronger communities. So I am surprised and concerned that any government may be contemplating lowering these incentives.