With momentum towards a low-carbon economy growing around the world, the campaign urges the UK Government to publish a concrete plan to phase out coal power without carbon capture technology from the UK power sector by 2023. 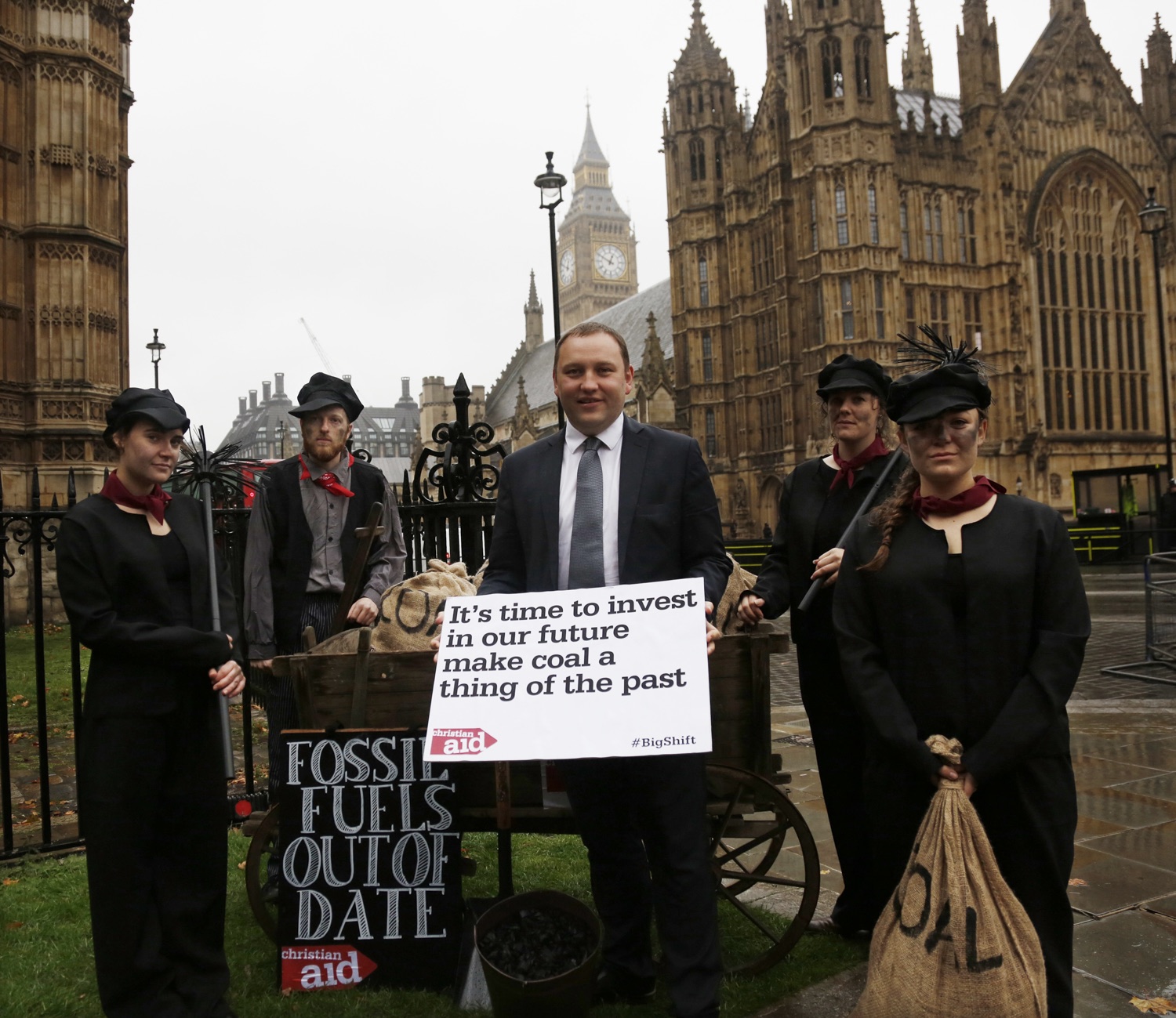 Coal has helped power the industrial revolution and propelled Britain to become one of the richest countries in the world, but it’s time for coal to be a part of our history and not our future.

Coal is one of the most polluting fossil fuels and the Prime Minister has already promised to phase it out of our energy system. What we now need is a firm date, no later than 2023.

Now is the right time to show global leadership on this issue ahead of the Paris climate summit in December. The future is not polluting fossil fuels, it’s a modern, low carbon energy system.•

Not only is this the right move for Britain, it’s also the right move for the many developing countries which are affected by climate change. Britain has a proud history of helping the world’s poor and taking a responsible approach to our atmosphere should be a part of that.

Christian Aid’s Big Shift campaign is calling on the UK Government to shift away from the extraction and burning of fossil fuels, and towards clean, renewable energy. The Committee on Climate Change has identified coal power as the most polluting form of electricity generation and the biggest source of greenhouse gases in the UK. As the UK’s coal power stations are being decommissioned due to their age, this is a once in a generation opportunity to replace them with low-carbon sources that will help tackle climate change.

Earlier this year the Prime Minister pledged to phase out unabated coal from the UK’s power sector. It is now time to deliver on that pledge, so we are calling on the Secretary of State for Energy and Climate Change to publish a plan to phase out unabated coal (that is, coal without full carbon capture technology) by 2023. This would be a historic step and would show leadership on the world stage before the Paris climate summit in December. •

In 2013 the Government pledged to stop using aid to support coal projects abroad, yet the UK taxpayer is also continuing to provide support for fossil fuel projects including coal mining in other parts of the world through UK Export Finance. The Government’s policy is inconsistent. The UK should join France and the USA by announcing that it will stop this support. The Big Shift therefore calls on the Secretary of State for Business Innovation and Skills to ensure that the UK does not support any coal projects overseas through UK Export Finance, and work to secure international agreement for OECD countries to also stop supporting coal projects.

Why is climate change an international development issue?

Climate change is being largely caused by developed countries, but developing countries are being hit first and hardest and are least able to cope with its effects. Climate change and poverty eradication cannot be tackled separately. Left unchecked, climate change threatens to wipe out the progress made in reducing global poverty in recent years, and worsen existing inequalities.

An effective response to climate change provides many opportunities for a healthier, fairer and more prosperous future. All countries need to develop in more sustainable ways, and richer countries need to keep supporting developing countries to respond to climate change. The UK has a highly competitive low carbon economy, underpinned by the Climate Change Act. The UK plays a leading role in climate science, international negotiations and financial support. The UK should continue to cut emissions at home, which will require new policies across many Departments during this Parliament.•

The risk of climate change

All Governments have accepted that human activity is causing global warming[1]. They have agreed to limit it to well below 2?C to prevent enormous human suffering and economic disruption. However, the world is currently on track for warming of between 3 and 5?C which would have far-reaching consequences for food security, the availability of fresh water, and the frequency and intensity of storms. Adaptation strategies would be severely limited.[2] All countries would be affected and the poorest would face the hardest struggle. Global leaders must act to mitigate the effects of climate change before it is too late.

The UN climate summit in Paris in November is the best chance in five years to agree an ambitious global climate change agreement. Senior Government Ministers must take leading roles in securing a deal. But as the Paris deal only comes into force in 2020, the UK must also do all it can to cut carbon emissions before then -; following the most cost-effective trajectory as set out by the Committee on Climate Change.

How is climate change affecting the developing world, and what is Christian Aid doing about it? Cases in point

[7] Current state of glaciers in the tropical Andes: a multi-century perspective on glacier evolution and climate change, The Cryosphere, 2013, the-cryosphere.net/7/81/2013/tc-7-81-2013.html