Bank of Scotland Children in Need 2016 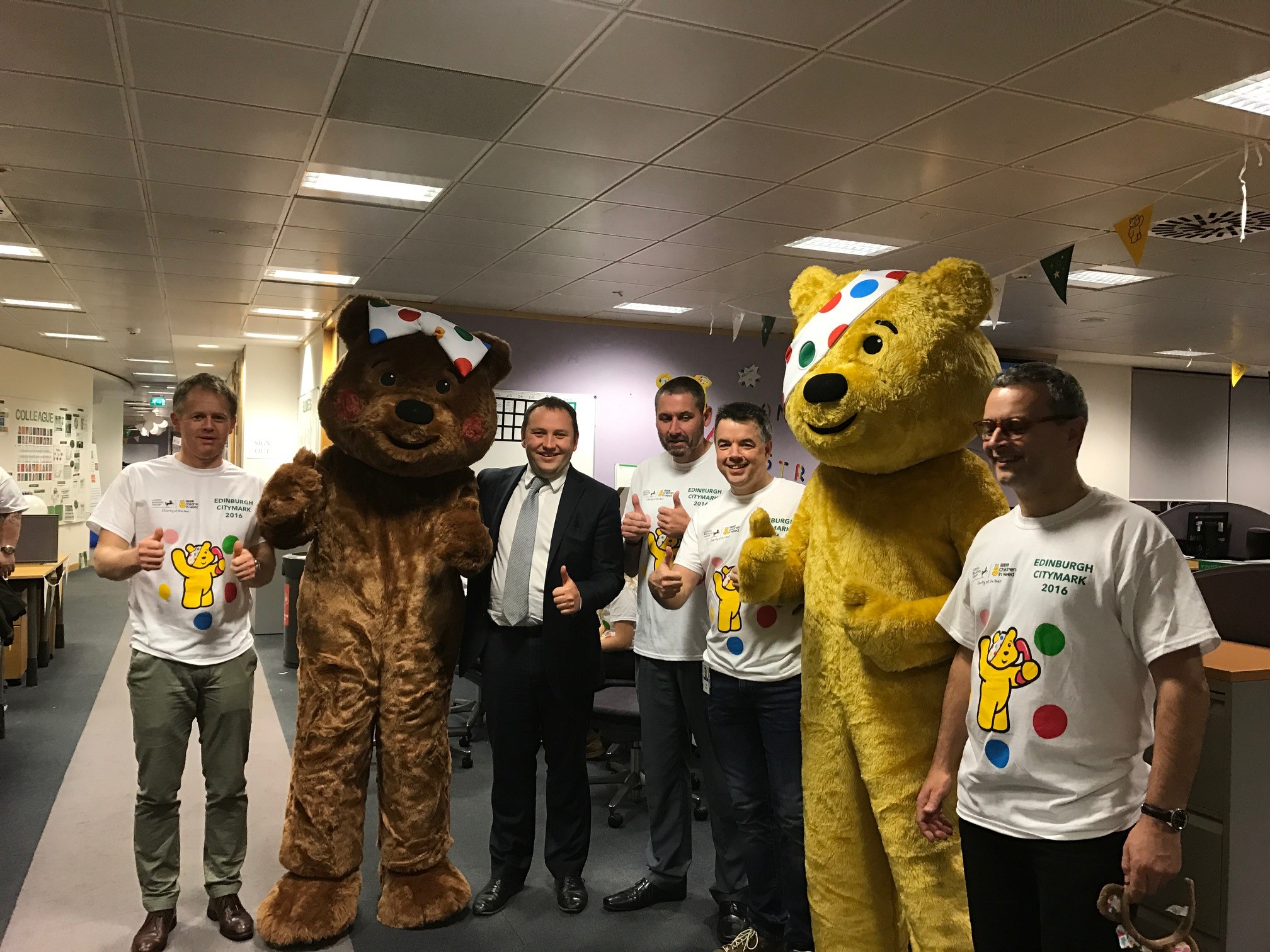 Since the first major Appeal, BBC Children in Need has raised over £790 million and changed the lives of thousands of young people for the better.

It was a real pleasure to see behind the scenes of one of the many call centres run by Lloyds Banking Group. The staff were taking pledges from the public for BBC Children in Need.

400 Bank of Scotland staff, from the most senior to the most junior levels gave up their Friday night to take calls from all over the country. They raised over £5.5m themselves this year for the cause.

You can see the full list of children and organisations who benefit from the kind donations of the public, here:• http://www.bbc.co.uk/programmes/articles/2dkVnZqV0NWTkqdygMWQftJ/scotland

A big well done to everyone involved.