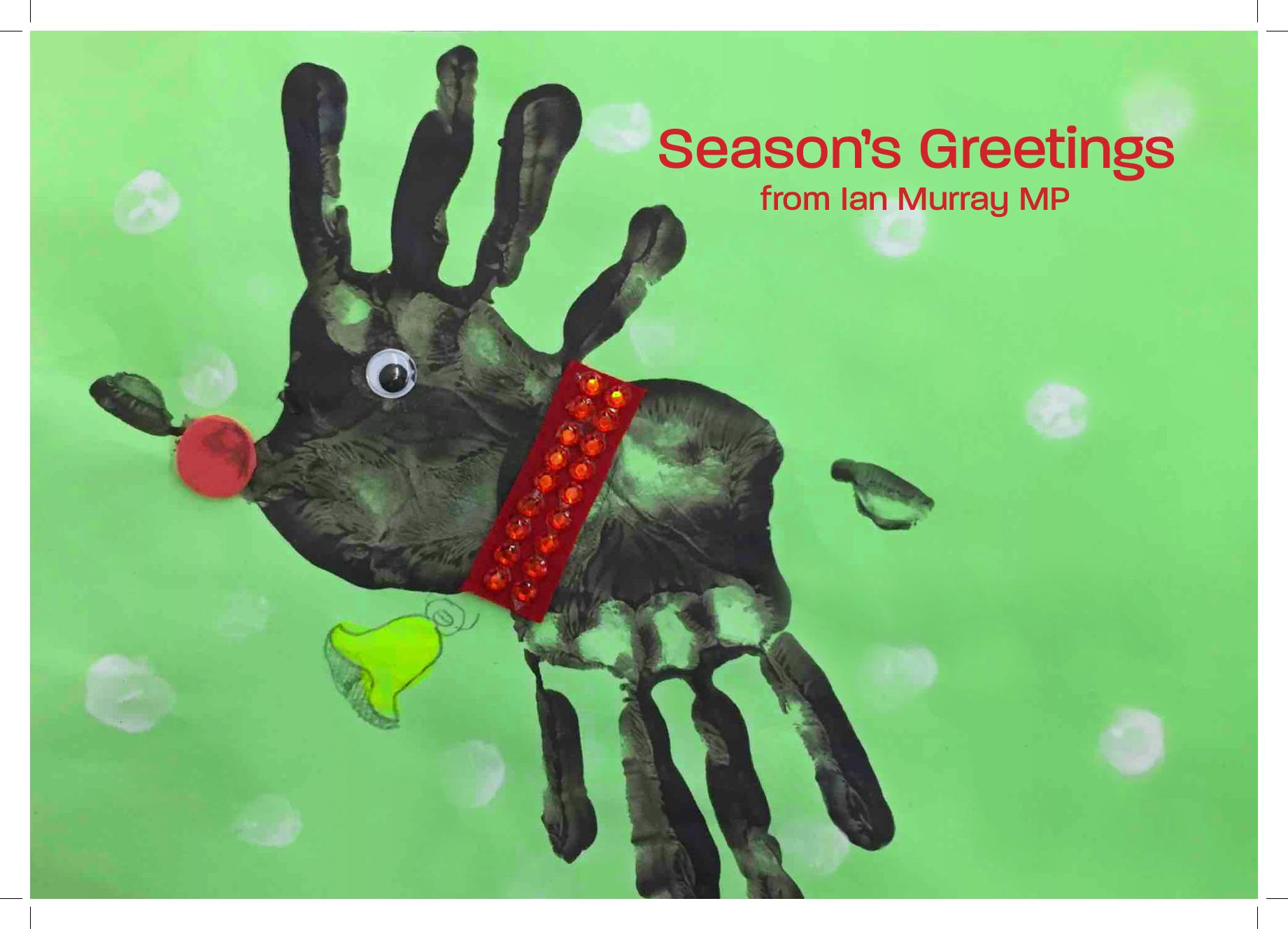 Sophie’s wonderful handprint reindeer picture was chosen as the winning entry in the South Edinburgh Christmas card design competition by the Minister for Morningside Parish Church and next Moderator of the General Assembly of the Church of Scotland, Reverend Dr Derek Browning. I presented Sophie with her prize at a special awards ceremony hosted by Euan Broadwood, Deputy Store Manager at Sainsbury’s Cameron Toll. Prizes were also awarded to the winning entrants from each participating school and their lovely designs can be seen on the back of this card.

This year saw more than 2,000 children from seventeen schools in Edinburgh South take part and it remains the most popular MP Christmas card competition in the UK. Due to generous sponsorship from Sainsbury’s at Cameron Toll every pupil who enters wins a prize.

As well as being my constituency Christmas card a small number are sent around the world, and once again this year they will land on the doormats of Buckingham Palace, 10 Downing Street and the White House.

The teachers, parents and all of the young people who take part each year deserve special praise for the continued success of the competition and I would like to thank you all.