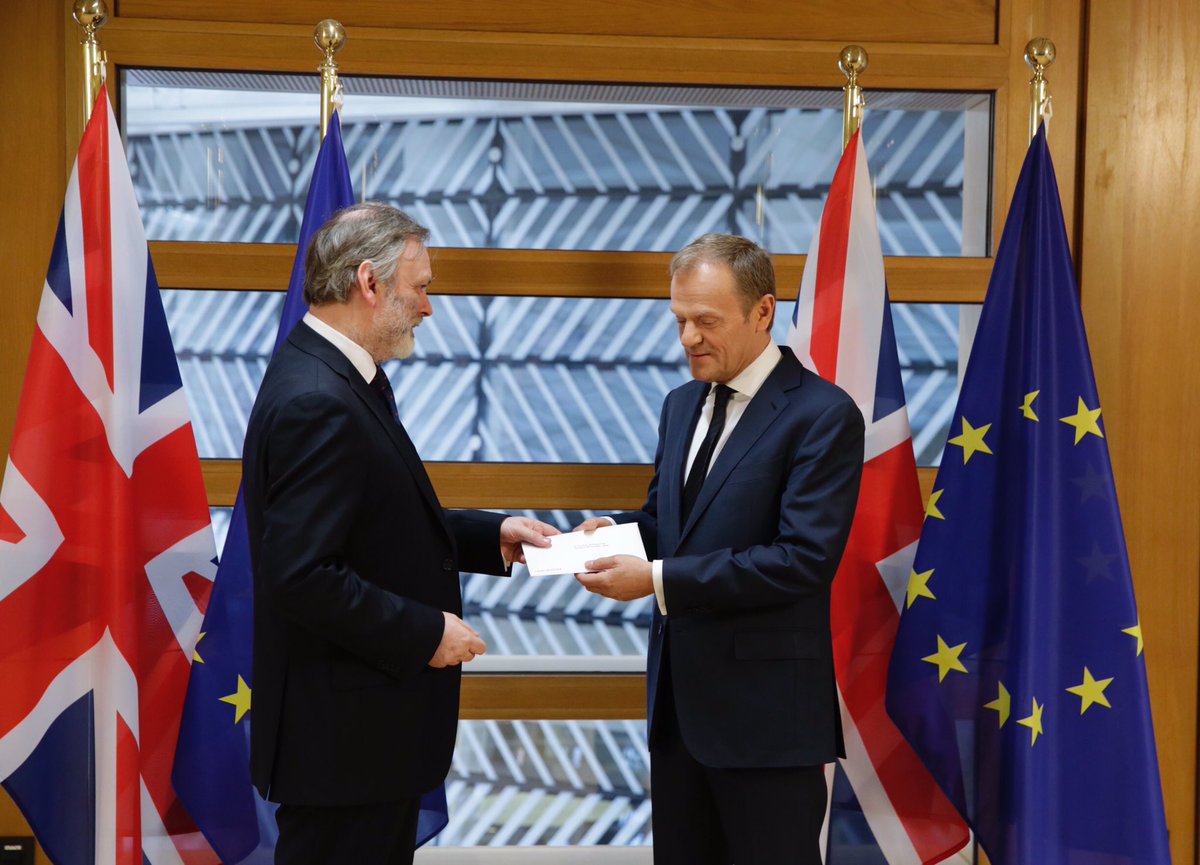 Theresa May has now officially written to the President of the European Council, Donald Tusk to formally trigger Article 50 of the Lisbon Treaty. You can view the full letter•here.•

This means the 2 year process whereby the UK and the EU begin negotiations for the UK’s withdrawal have now officially begun. Although technically we have 2 years the French Presidential Election on 23rd April means official negotiations won’t begin for another month. This may seem trivial but as Article 50 author, Lord Kerr recently stated the stringent time constraints were designed to disadvantage the member state leaving the EU- so every month counts.

Although the Prime Minister’s speech to Parliament was a break from her previous hard-line rhetoric there are some big sticking points coming early in the negotiations.

We already know that the EU wants to go through the negotiations sequentially. This means they want to first deal with the UKs exiting bill for commitments the UK has already made whilst being a fully paid up member of the European Union. They then want to focus on the divorce terms before even discussing any future relationship. The UK Government on the other hand wants to take an approach whereby all these issues are dealt with simultaneously. So its looking increasingly•likely there will be a fight about the structure of the negotiations before anything serious is discussed.•

What the triggering of Article 50 really signifies is the end of the phoney war we’ve had so far. Now the Government must get on with negotiating the best possible deal for the UK. This means she has to speak for the whole country- including the 48% of us who voted to remain.

Thus far the Prime Minster has been beholden to hard-right Brexiteers in the Conservative Party. She must focus on bringing together an increasingly fractured country instead of appeasing this divisive faction. First and foremost that means repudiating the idea that no-deal with the EU would somehow be acceptable. This is a fantasy as a no deal and a reversion to WTO rules would be catastrophic for the UK economy.

Here you can view some of the handouts from my recent Brexit public meeting. They should outline exactly what I will be arguing for as the negotiations progress, as well as providing some useful information on the options available for EU nationals.

Lastly it’s important to remember that nothing changes for at least 2 years. So all rights we currently have as EU citizens will remain until that point and there is a very high probability there will be some kind of transitional measures in place from April 2019. The scale of the negotiations is simply unprecedented meaning the likelihood of a deal being concluded in 2 years is virtually impossible.