As you will have heard, the Prime Minister has decided there will be a snap General Election on 8th June. I wanted to let you know that I will be seeking re-election again and running on my record of standing up for you, your community and Edinburgh South.

Since 2010, it has been my honour and privilege to serve as your MP and it was an even larger honour when I was re-elected in 2015. Together we have achieved so much and I have done my utmost to help local people and groups wherever I can.

That is what being an MP is all about. 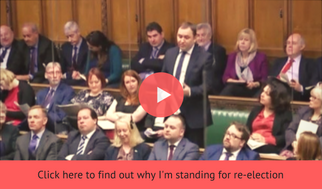 This election is unnecessary at a time of huge political and constitutional upheaval in the country.

I look forward to speaking to you all again on the doorsteps as I campaign over the next 51 days – listening to the issues that matter to you.

It has been a pleasure to serve you as your Member of Parliament and I hope to continue after 8th June.