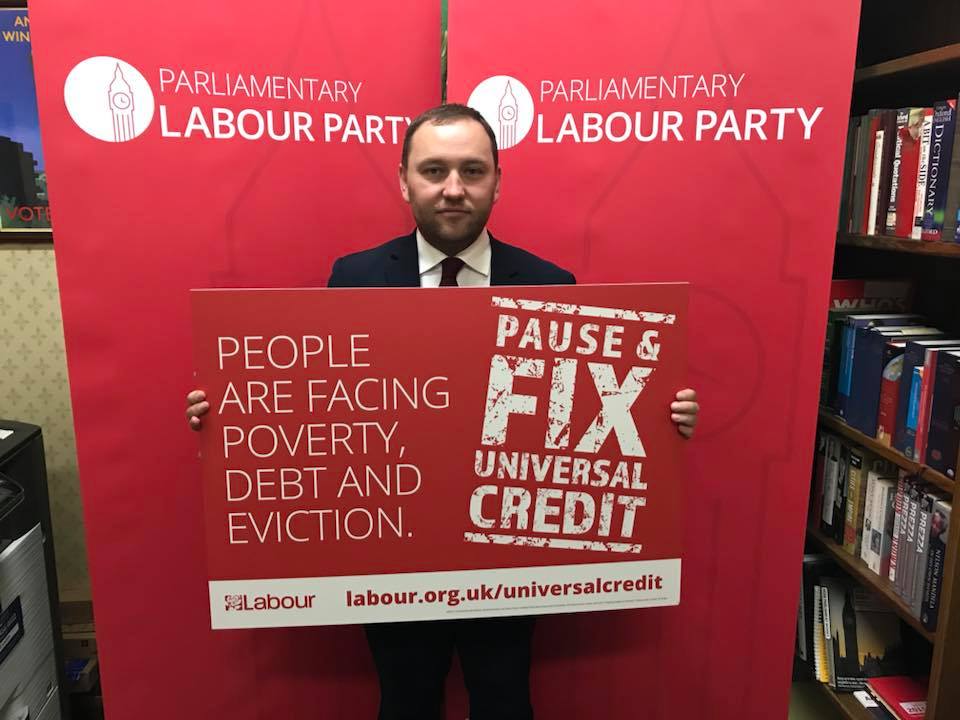 As Universal Credit is rolled out across the country there has been major debate in parliament about the practical implications of the policy.

As you will know, after applying for Universal Credit, it is supposed to take five to six weeks for claimants to receive their first payment. The Government states that this waiting and assessment period is a fundamental part of its policy, designed to mirror the world of work where payment is made retrospectively and prevent welfare dependency. However, I am concerned that the design of Universal Credit, including the five to six-week waiting period, is having a disastrous impact and pushing families into poverty.

The Trussell Trust, the UK’s largest foodbank network, has said that the waiting time is responsible for a rise in the demand for charity food, while Citizens Advice has said that it is causing and exacerbating personal debt problems. The Government’s own figures show that nearly half of new Universal Credit claimants required an advance on their payment and nearly a quarter did not receive their first payment in full and on time. They also show that 49% of claimants in arrears said they fell behind in their payments after they made their claim for Universal Credit, with the waiting time highlighted as a key reason.

I believe it is unacceptable that people are waiting for six weeks or longer to receive support, going into arrears and facing mounting debts. As even some Government MPs have argued, the roll-out of Universal Credit must be halted, in order to stop the distress caused by the Government’s mishandling of this programme. While the Government states that advances are available to those in need, these advances must be paid back. I do not believe it is right to suggest that those pushed into debt and rent arrears should have to take out another loan to make ends meet.

Thankfully, Universal Credit doesn’t fully roll out in Edinburgh until June 2018. We have already forced the Government into scrapped the ludicrous 50p per minute Universal Credit helpline and I am confident that, come the budget, the Chancellor will be forced to back down on the 6 week wait as well.•