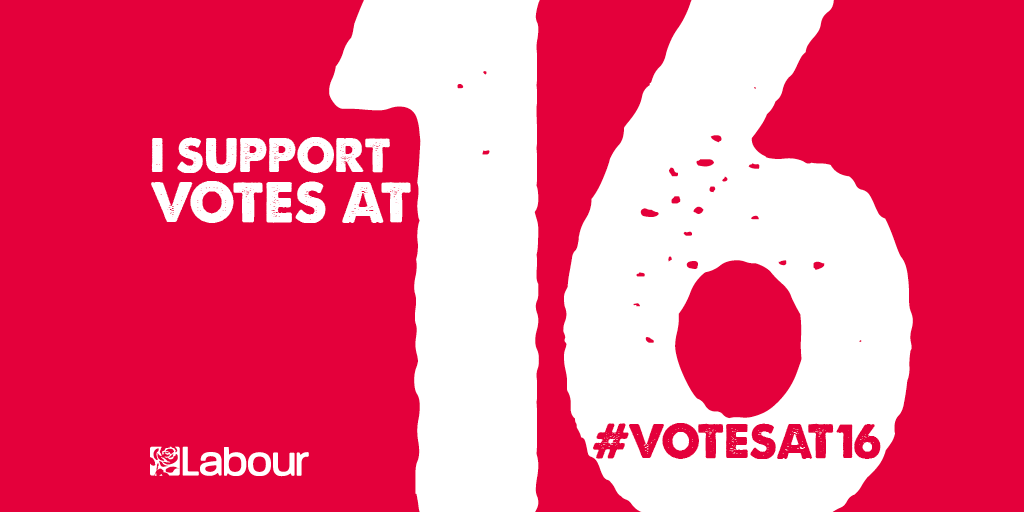 I believe that a healthy democracy relies on the active participation of all citizens. Too many people feel isolated from or have lost their faith in politics and its ability to change lives. It is important to ensure that no one feels left behind and that democratic participation and political engagement are open to all.

1.••••••••••• The first step to encouraging engagement is to make it easier for people to vote. Labour is committed to taking radical steps to increase voter registration and turnout. This would include extending the locations people can register at and piloting the idea of polling day voter registration. Additionally, examining the use of Government data to automatically place people on the electoral roll, and explore measures such as holding elections at the weekend and electronic voting.

2.••••••••••• I fully support lowering the voting age across the UK to 16 in all elections, and have done for some time.• I believe that this will help to energise and engage our young people and ensure their voices are heard. I also think that extending the franchise should be accompanied by improving citizenship education and wider youth engagement. Of course, it would be important to encourage young people to sign up and I believe we could look at allowing universities to block register their students during the enrolment period. Further to this, we could look to ensure that schools and colleges pass details of students of voting age to the electoral registration officers.

3.••••••••••• In the last Parliament, the Government pledged to reform the House of Lords but instead they massively increased the number of appointed Peers. I have long supported reform of the House of Lords and, while I recognise and respect the successes of Labour Peers in holding the Government to account, I believe the second chamber should be democratically elected. That is my fundamental belief and that of my party.

4.••••••••••• I appreciate that there are concerns about the current First Past the Post System, which is used to elect MPs, and that this has been heightened by the results of recent General Elections. Indeed, there has been a number of petitions on this matter and the “Make Votes Matter” campaign.

There are, of course, strengths and weaknesses to all voting systems. FPTP does have a history of -; generally – returning stable, single-party governments and of retaining the constituency link, both of which I think are important benefits in our present electoral system.• I would mostly defend the constituency link to an individual MP as I think that gives direct democratic accountability.• However, the other reasons for FPTP are something that could be built into any new system.

I appreciate, however, that there is a case to look in detail at our electoral system and that forms of proportional representation are already used in the devolved administrations across the UK, as well as in many local authority elections.•• It has been the Labour Party that has been at the forefront of many of those initiatives.• We introduced the partial PR system to the Scottish Parliament and then the Single Transferable Vote to Scottish Councils.• We also made sure that the MEPs were elected on pure PR.

While the 2011 referendum on the introduction of the Alternative Vote was defeated by a margin of more than two to one, I do not think electoral reform should be off the agenda if there is public support for it.

I believe it is vital that our politics connects and engages with the public and I am open to proposals that can help achieve this.

The Conservative government want to gerrymander the constitutional settlement for their own electoral advantage by getting people off the electoral register and then redrawing boundaries that have 2 million voters missing.• They have no thirst for changing the system but I think it should be looked at.