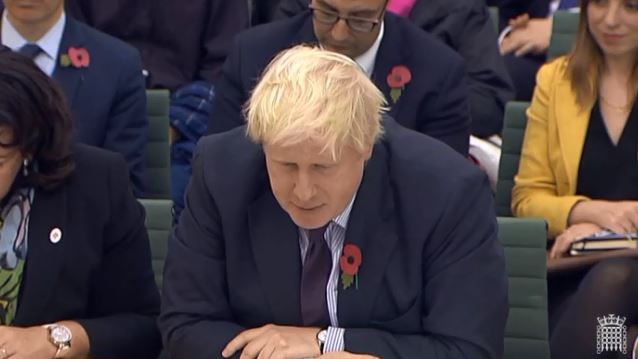 This Month’s update on the case of UK citizen•Nazanin Zaghari Ratcliffe who is currently in jail in Iran on trumped up charges. This update was sent on 8th November 2017:

It has been reported that after Johnson’s remarks Mrs Zaghari-Ratcliffe was hauled in front of a Revolutionary Court and charged with “spreading propaganda against the regime”. If found guilty she will face a further 5 years in jail and be treated as a repeat offender.

Of course, we all deplore the actions of the Iranian regime however, for the Foreign Secretary to make such a serious error is unacceptable. I challenged him during an Urgent Question yesterday:

To make matters worse, Johnson refused to apologise and take ownership of his mistake. Indeed, it is my opinion that he tried to mislead the House yesterday when he attempted to clarify the matter. He claimed yesterday that in his comments to the committee he was “disagreeing with the Iranian view that training journalists was a crime”. However, this is demonstrably false and the Foreign Secretary should have simply apologised and admitted his mistake instead of obfuscating. You can watch my point of order on his•statement where I maintain that the Foreign Secretary misled Parliament:

The Foreign Secretary is going to Iran in the next few weeks and I’ll be making strong representations that this case is given top priority.•

I can assure you I will continue to pressure the Government on this issue and continue to provide you with updates from Parliament.