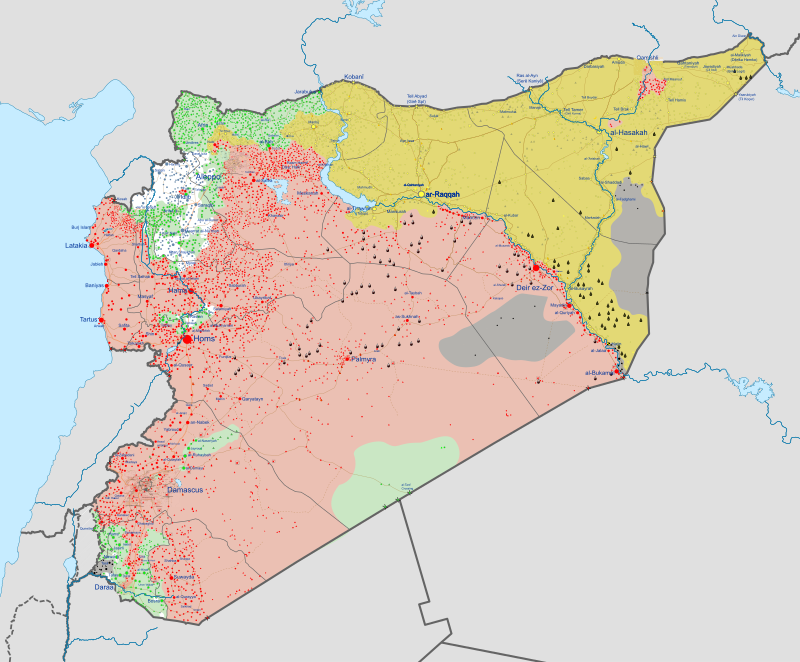 For almost one hundred years the world has been united in universal abhorrence at the use of chemical weapons.• They are banned under international law. •The flagrant use of such weapons by the Syrian government -; most recently in Douma -; is a direct challenge to this commitment. •The international community didn’t respond on the numerous previous occasions when it was proven that Government grade chemical weapons had been used.•

In response to this latest attack the UK, France and the United States launched targeted airstrikes against three facilities used by the Assad Government to produce and distribute chemical weapons. According to the Government and independent sources, there were no fatalities and these strikes had the desired effect -; to degrade the Syrian Government’s capacity to kill their own people.

I think it is right that the international community acts to deter further attacks on innocent people in Syria using these horrific weapons by degrading the capability to produce them, and because we cannot allow the continued erosion of the international laws that prohibit the use of chemical weapons.

I voted against intervention in Syria in 2013 and against the extension of air strikes in 2015 but I do feel that these latest strikes were a proportionate response to the growing problem of chemical weapons use. •I know many constituents have emailed me to say “what about this country or that country?” and these are valid concerns; but these are additional points not covered by this specific issue. •This is also not a “war” with Syria or the creation of WW3. As with all these issues it is a very difficult judgement call and, given that I voted against any action in Syria in 2013 and 2015, I have a track record of not normally supporting intervention.•

I always believe the broadest possible coalition should be constructed for military action. The United Nations (UN) is of course the appropriate route for such an endeavour. However, Russia’s continued contempt for the authority of the UN and its processes, including its active support for a regime committing war crimes with chemical weapons, has closed off the possibility of a UN Security Council route to curtail chemical weapons use in Syria for the foreseeable future.

I am of the view that the UN Security Council is not fit for purpose given the ease with which any nation can veto the rest on significant issues because of self-interest. That is why it is sometimes not possible to achieve a UN resolution.• I met with the Secretary General of the UN last week to discuss these issues and he acknowledges the impossible nature of passing resolutions at the moment with the veto being used by countries for their own vested interests.• That is something that has to be resolved if we are to see the UN as the international body which deters conflict, provides peace keeping and humanitarian support, and intervenes when international laws are being broken.

Indeed, recently Russia vetoed a resolution that would have established an independent investigation into the attack in Douma. In all, twelve vetoes by Russia since 2011 (including six double vetoes with China) have shielded perpetrators of atrocities in Syria from accountability and prevented the international community from upholding its responsibility to protect. •That is unsustainable.

This is not just an issue with Russia or China as many other of the permanent five countries have used the veto, but in the Syrian case the resolution had widespread support in the UN General Assembly.•

Whilst I did support the limited strike on the chemical facility to send out a message that this behaviour is unacceptable,•I have serious misgivings about the way the Government has treated Parliament. Unfortunately, Members of Parliament received no formal correspondence from the Government about the operation that took place, until the retrospective statement the Prime Minister made on 16th April. This is wholly unacceptable. Parliament should be consulted before military action is taken and I will challenge the Government on this point. We should have been recalled, had a long debate led by the Prime Minister and a vote. That way the public would get as much information as possible and MPs be able to represent the voice of their constituents on the issue in Parliament. That is very important.•• The Labour Party got two emergency debates called on a Standing Order 24 process that results in there being no votes or in votes that are non-binding.•

In 2013 and 2015 I voted against military action in Syria and stand by my vote. However, a blanket approach to military action is wrong. It is clear that military action in Iraq and Libya had a devastating effect on both countries. Iraq, in particularly, has left many in the UK with an understandable reluctance to take any military action. That will throw a cloud over foreign policy for years to come. However in Libya it prevented the genocide of 350,000 people in Benghazi but there was no plan beyond action.•

We have to accept that inaction also has a cost, as in Rwanda, Darfur, Myanmar and Sri Lanka. Successful interventions in Kosovo and Sierra Leone underline the fact that a rigid position, either for or against intervention, is not the correct approach. •Each case must be assessed individually which is why parliament is so important. It is also the case that getting the right foreign policy is easy in hindsight but impossible in foresight. As a member of the Foreign Affairs Select Committee I know this all too well.

I also want to touch on the diplomacy angle. Diplomacy should never stop but in this instance it isn’t operating to resolve this awful situation. The Sochi and Geneva processes have broken down or have been seen as a sham. The UN has not been able to get people around the table and the influential players in the region have been too engrossed in their own power struggles. It is also the case that many of the previous chemical weapons atrocities have been proven to have been committed by the Government of Syria. Calls were made for a full diplomatic response on these occasions and many called for action not to be taken until clear proof was obtained. That proof came forward and nobody acted. Incontrovertible proof is being demanded again but nobody acted in previous circumstances when it was produced.

Finally, and this is the most important point. It is not appropriate for any action to be taken without a comprehensive package of measures as to what happens before, during and afterwards. Everyone needs to be prepared to say that they don’t support air strikes on their own as it isn’t enough. Additional support has to be forthcoming in terms of humanitarian aid, settlement of refugees, reunification of families and medical supplies.••The UK has been at the forefront of providing significant financial support (billions of pounds and the second largest contributor by some considerable margin) but the treatment of the refugee issue has been poor.• More still needs to be done.

The conflict in Syria has been raging for seven years and estimates suggest 500,000 have been killed. The Prime Minister cannot simply fire and forget. There must be a comprehensive diplomatic strategy to safeguard millions of civilians targeted also by conventional weapons and bring this war to a close.

The next big issue we will all face is the 2 million Syrians who are now sitting in the Syrian city of Idlib which is on the border with Turkey. What will happen to the Kurds that helped with reducing the footprint of ISIS.• These are huge questions with many lives at stake, but I fear the international community is too limp to prevent another massacre of innocent people.• The solutions are not easy to see.

Furthermore, the Foreign Affairs Select Committee, of which I am a member, is now running an inquiry on: RESPONSIBILITY TO PROTECT (R2P) AND HUMANITARIAN INTERVENTION INQUIRY 2018

The purpose of this inquiry is to consider the legal basis to intervene militarily in other states for humanitarian purposes, and to review the conditions that apply. The inquiry will also consider whether more could be done using the concepts of the responsibility to protect (R2P) and humanitarian intervention to protect civilian populations, with specific reference to Syria.

I will of course be keeping constituents updated on this, particularly in the context of Syria.