We must pause until the Brexit picture gets clearer 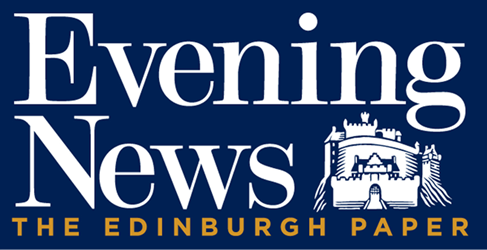 My article for the Edinburgh Evening News on Brexit and what happens next. You can read the article on the Evening News website here.

Following the EU referendum result I think the only certainty we currently have is that we are facing a period of uncertainty.

The Prime Minister called a referendum in order to settle a long-running score within the Conservative party. He took a reckless gamble with our economy and our jobs and he lost.

We have been left with a political, economic and constitutional crisis. People deserve to know -; in fact, they need to know -; what happens next. This is not about dragging up the arguments of the past. It is about our country’s future and jobs, livelihoods and opportunities.

Since the day after the result I have been inundated by constituents demanding that the referendum result be challenged on the basis of a false prospectus. They have a strong point as the Leave campaigners are now backing away from their promises and responsibilities.

The Leave campaigners misled millions of voters. Their two big pledges on NHS spending and immigration have already unravelled and they have no plan in place for a UK outside of the EU. The proponents of Brexit have done what they never expected -; won.

Nearly three quarters of voters in Edinburgh voted to remain and over 78 per cent in my own constituency of Edinburgh South. This is in no small part due to the contribution the EU makes to our world-class higher education institutions and the importance of the financial services sector to the Edinburgh economy.

So what happens now? Article 50 of the EU constitution needs to be invoked by the UK government to commence the two-year exit negotiations. The Prime Minister has said he will not initiate this and will leave it to the new government. He has also said there will be no vote in parliament.

Perhaps we need a general election to allow the public to decide?

That is why Kezia Dugdale and I have backed the First Minister in her pursuit to protect Scotland’s position in the EU, but that task should not be clouded by a rush to another independence referendum. That is the last thing we need at the moment and we will not support it.

We all need to pause and reflect whilst the picture becomes a little clearer in the coming weeks and months.

Voters were sold a proposal that is now revealed to have no plan or detail behind it. Years of negotiations will follow to determine the exact terms of Brexit. There is a strong argument that another mandate will be needed to take the UK out of the EU on the terms agreed.

Whatever the future, I will be fighting to ensure that not one job, business or livelihood is lost as a result of this dreadful decision.

And also let us all be clear that everyone from another country who lives here is welcome and valued. The insurgence of intolerance since the referendum has no place in Edinburgh society.