We are leaving the European Union, but let’s not throw the chicken out with the chlorinated bathwater 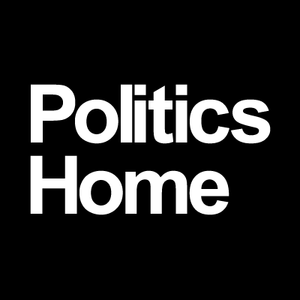 My article for Politics Home on Brexit and the chlorinated chicken controversy. You can also read the full article on the Politics Home website.

The Brexit debate has reached a new level in the last few days. It’s no longer about jobs and livelihoods but poultry – chlorinated chicken to be precise – and it has sent the Government running around like the proverbial headless bird.

The Trade Secretary, the brilliantly named Dr Fox, rather unsurprisingly loves chlorinated chicken. He believes it is a price worth paying to get this “very big and exciting” trade deal with the US. The Environment Secretary, Michael Gove, disagrees.

This is a bizarre yet important fall-out in Government that emphasises one of the strengths of the EU: protecting consumers where chlorinated chicken is banned. It emphasises how difficult it would be for the UK to continue trading with the EU should we lower our food standards as they have clearly stated that they will not allow a “race to the bottom” on standards.

This is just one example that highlights the struggle the Government will face in trying to achieve the “frictionless” free trade agreement already dismissed by the EU Chief Negotiator. Is the Government really so desperate for post-Brexit trade deals that they will willingly sacrifice key public protections and their future relationship with the EU to get them?

What is the solution? Well to begin with, senior politicians in Government and the Opposition need to start being honest with the British public. A frictionless trade deal is not going to be possible and some sectors in the UK will have to be sacrificed to achieve any kind of beneficial deal.

And here is where the dishonesty arrives. Surely the best way to achieve a frictionless trade agreement, or the “exact same benefits” as the Single Market and Customs Union, is to be IN THEM.

I know that sounds like a radical idea but surely if that is the goal of the Government and the Opposition then that is where the arguments should be. Why have they taken this off the table?

Shadow Trade Secretary, Barry Gardiner MP, said this week that if you leave the EU you must leave the Single Market and Customs Union. That is quite simply not true and where the inherent dishonesty in this debate lies. It is surely all down to political will.

My colleague, Heidi Alexander MP, was right when she wrote earlier this week that Labour should back the Single Market and, at the very least, argue to keep it on the table.

Let’s have a little honesty and fact in a debate that has already had both in such short supply.  If there is no better solution than remaining in the Single Market then why aren’t we arguing for it? Staying in it whilst leaving the EU is perfectly possible, and would be the best Brexit deal for working people across the UK.

We are leaving the European Union, that is undeniable, but let’s not throw the chicken out with the chlorinated bathwater.