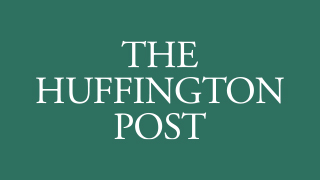 My article on my amendments to the Government’s Customs Bill which would have protected our membership of the Customs Union.

The procedures of Parliament take some getting used to but I have always been firmly of the view that every mechanism should be exploited to try and change the direction of Government.

Last night, there was a Ways and Means motion tabled by the Government that would pave the way for their much trailed Customs Bill. This would not just set the direction of UK trade and customs policy beyond Brexit but have a fundamental impact on jobs and prosperity.

Given there will not be a debate on the Customs Union in the EU (Withdrawal) Bill that currently going through the Commons, I took the opportunity to propose amendments to the motion that would make the case for the UK to stay in the Customs Union.

I was deeply disappointed that the Tory Government voted to end the Customs Union and harm our economy by introducing tariffs when we leave the EU.

It’s a strange scenario that the Government would not want to accept my amendments. After all, they want, and often demand, “frictionless and seamless” trade with the rest of the EU, they demand “as close as to what we have now”, they claim “there will be no hard border between Northern Ireland and the Republic of Ireland”, they promise that “everything will be done to ensure there are no queues at our ports”, and “everything will work just fine”. The problem is they have no answers on how to deliver these empty platitudes.

Well, maybe I could be so bold as to provide them with a solution that delivers all of their Santa’s wish list. It’s called the Customs Union and we are already in it.

Why the Government, and the Opposition for that matter, have taken the very thought of the Single Market and Customs Union off the table is beyond my comprehension. It doesn’t matter if you agree with them or not, surely the best negotiating position is to leave everything on the table? But by dismissing the very thought of maintaining these memberships at the beginning of the negotiating process they have hamstrung themselves from being able to satisfy the aspirations they continually espouse.

The example that is most stark is that of the border between Northern Ireland and the Republic. I was in Ireland last week with the Foreign Affairs Committee and met not a single organisation, politician, business or member of the public who doesn’t think some kind of border will have to be erected. It is intellectually incoherent for the Government to say that there will be no hard border whilst taking the UK out of the Customs Union. There is no situation that is as good as the one we have now but that is not on the table.

So why vote against my amendments? Well, I would guess that they are preparing the groundwork for the right wing of the Conservative party’s Holy Grail -; NO DEAL. That is what they want and that is what the Prime Minister is in thrall to.

The Chancellor famously said, “no one voted to be poorer”. Well the consequences of last nights vote and the direction we are being dragged in will make the public poorer. We are seeing it already with higher interest rates, inflationary pressures and job loses (the European Medicines Agency moving to the Netherlands cost 900 jobs the very same day).

Sector after sector, the people who create the jobs and wealth in this country, have warned time and time again that “the UK is facing an absolute catastrophe if it does not sort out a ‘frictionless and seamless’ custom arrangement” and they rightly argue that “outside of the Customs Union, there is no such thing as a frictionless border”.

Well, last night the Government made themselves clear. There will be no Custom Union and, therefore, there must be a border that will harm businesses, jobs, and prosperity.

I’ve tried to use the mechanisms of Parliament to make the Government see sense and do what is right for the country and not their narrow party interest (and there are some brave and sensible souls on the Tory benches like Anna Soubry and Ken Clark). I expected to lose, but I didn’t expect my own party frontbench to aid and abet them.

The fight goes on.