CONCERN OVER SITE AT BURDIEHOUSE 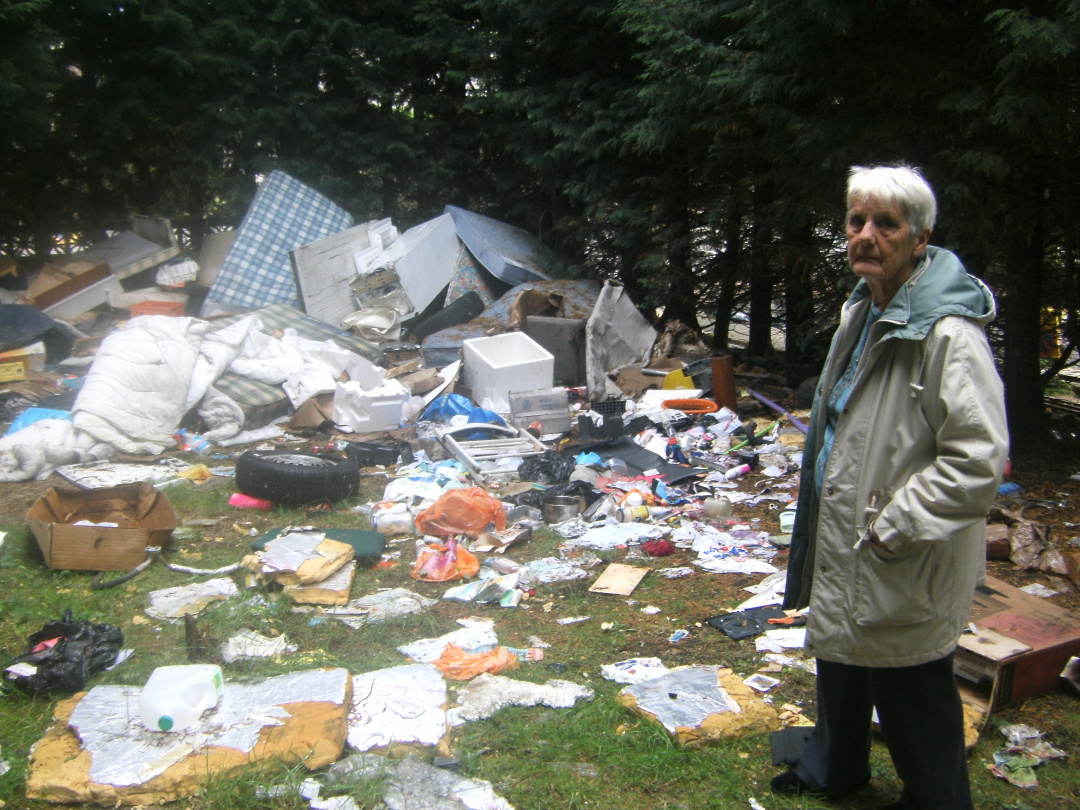 Edinburgh South MP Ian Murray and local residents of Burdiehouse are fed up with the lack of action being taken to clean up and secure the development site at Burdiehouse Terrace and Burdiehouse Road.• Private owners evicted the tenants before planning permission was granted to replace the existing 4 houses with 28 flats on the site, and since their eviction the properties have been ransacked and all the contents of the houses being dumped in the gardens, including furniture, children’s toys, cookers, rubbish bags and waste.• The properties have been continually vandalised and set on fire at least 10 times with the Council agreeing that some of the structure is now unsafe.• Despite this the private owners through their agents at Edenlaw Midlothian refuse to clean up or secure the site, as a result Ian Murray and local residents have asked the Council to step in and clean it up and bill the owners directly.

Ian said “The state of the site is shocking, not only have the gardens been turned into an open rubbish dump, but as the buildings have been subjected to constant arson attacks they are now extremely unsafe.• Only last week there was about 9 or 10 young people inside one of the buildings, what happens if it collapses around them.• Local residents are rightly very concerned about this as it is becoming a major health hazard.• Also the terrible waste of resources and added strain this is putting on our local emergency services cannot be overlooked.• Lothian and Borders Police and the Fire Brigade should be able to bill the owners for negating their responsibilities and putting unnecessary workload on to our much valued emergency services.• If the owners were to clean up and secure the site properly we would not have these issues. “

Local resident and campaigner Mrs Docherty, who helped collect 77 signatures of concerned local residents to take to the Council asking for their assistance said “The owner has got planning permission but hasn’t developed the site. We’ve had fires and people are using it as a dump••.Its a health and safety hazard. We never had any bother before and since they’ve moved out the vandals have started.”