LET’S GET YOUNG PEOPLE BACK INTO WORK.

This week’s Budget did nothing to help hard working families deal with the cost of living crisis, and in particular offered little to our young people. 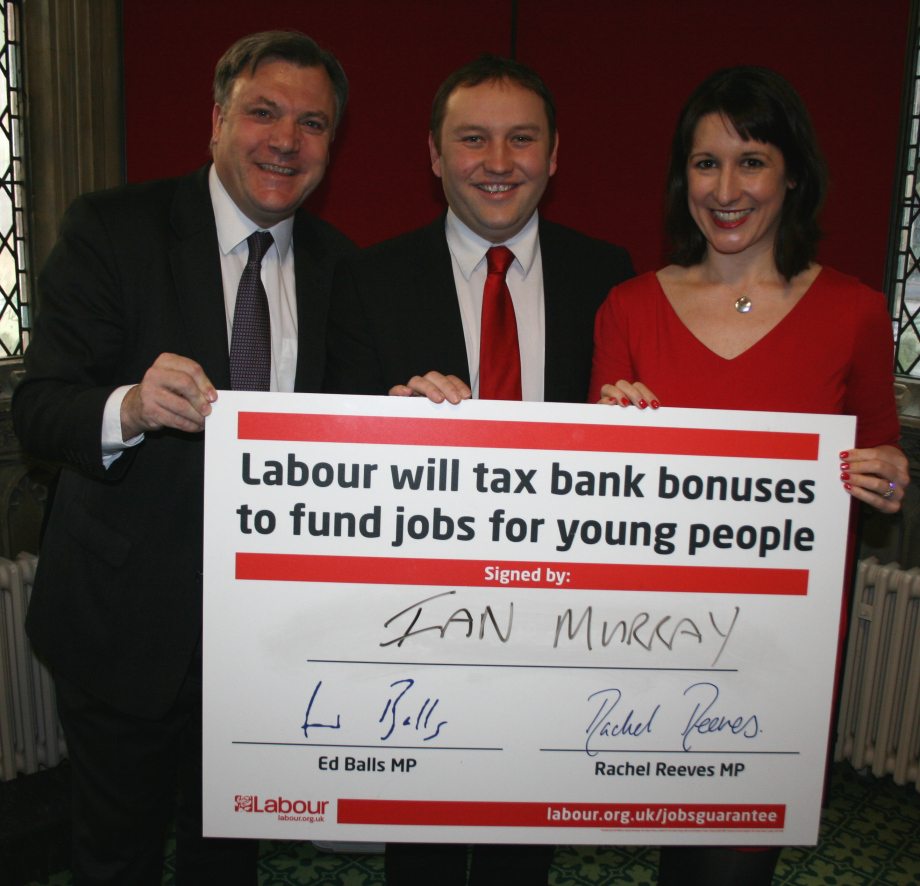 Indeed, too many young people in the Lothians are struggling to find work and not seeing any economic recovery at all.• Across the UK, the number of young people aged 18-24 claiming Jobseeker’s Allowance for over a year has doubled from 28,300 in May 2010 to 56,100 this month and here in Edinburgh South, there has been a 50% increase also.

We cannot afford to waste the talents of thousands of young people and leave them stuck on the dole for years on end.• It will add millions to the social security bill and you can’t bring down the deficit from the dole queue.• More importantly, it scars their lives and weakens our economy.• I saw it for myself in the 1980s and early 90s, when friend, family and neighbours were dumped on the scrapheap in their teens and twenties.

Over recent months, there have been reports that bank bonuses are on the rise, despite financial institutions reporting significant annual losses.• That is why I support Labour’s tax on bank bonuses which would fund a Job Guarantee programme that would get our young people back into work.

The Jobs Guarantee will give every young person out of work in South Edinburgh for more than 12 months a paid starter job which they will have to take up or lose their benefits.

Unfortunately, in Parliament the Tories and their Lib Dem allies voted down Labour’s proposal to introduce the Jobs Guarantee when we brought it to the House of Commons in November last year.• I voted for it because I know it would have a real impact on the lives of local young people.

The government has failed to get a grip on the problem of long-term youth unemployment. Their much-trumpeted Work Programme was supposed to be the answer yet fewer than one in five young people referred to it have found a job.• That’s not good enough.

The Compulsory Jobs Guarantee shows the difference a Labour government would make to the lives of tens of thousands of young people across the country.•