I was delighted that Labour leader Ed Miliband has announced a contract with the people of Scotland during a visit to Dundee recently. 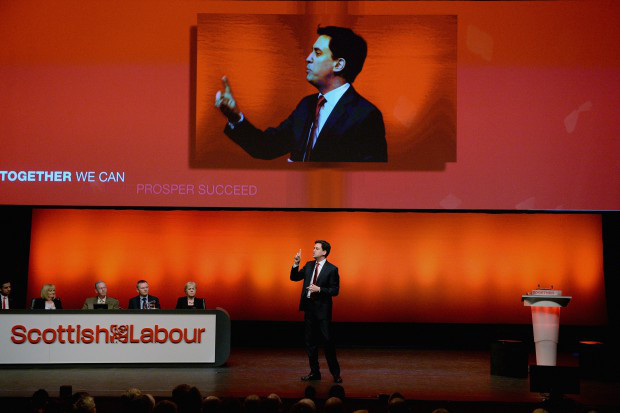 With less than a year to go until the UK General Election, Ed Miliband outlined five measures which the next Labour Government will include in its first Queen’s Speech.

This will include a•new Scotland Act•to enshrine in law the conclusions of•Scottish Labour’s Devolution Commission.

He also announced Labour’s commitment to legislate for a raft of policies in the first year of a Labour Government including:

He offered his guarantee to people across Scotland that a Labour Government will deliver these changes a year from now, and will warn that next May Scots can benefit from a Labour Government, or be in the middle of complex negotiations to separate Scotland from the rest of the UK.

This month marked fifteen years since the Scottish Parliament first met in Edinburgh and also marked twenty years since we lost our late leader, John Smith, who said that devolution was the “settled will” of the Scottish people. I believe that is as true now as it was then.

When Labour came to power in 1997, the first piece of legislation to be discussed under the first Labour Government in eighteen years was the Bill to bring about the referendum on devolution that led to the creation of the Scottish Parliament. We have always been the party of devolution.

Now it’s time to reaffirm that belief in devolution, with a promise that Labour will bring forward in its first Queens Speech a new Scotland Act to put into law the powers proposed by Scottish Labour’s Devolution Commission.

Ed Miliband’s Contract with the people of Scotland:

1. A new Scotland Act -; the new Scotland Act will put into law the conclusions of Scottish Labour’s Devolution Commission, including wide ranging new powers for the Scottish Parliament over income tax, housing benefit and the work programme.
2. 50p Tax for those at the top and a 10p tax for low income earners -; Labour will reintroduce the 50p tax for those earning over £150,000. This will affect 14,000 top rate tax payers in Scotland.
3. Freezing gas and electricity prices -; Labour will freeze gas and electricity prices for Scottish households, saving an average of £120 per household. For those in Scotland in rural areas, we will introduce new regulation for heating oil and move winter fuel payments earlier in the year to allow people to purchase heating oil at lower prices.
4. Jobs Guarantee -;Labour’s jobs guarantee will provide Scottish young people have been out of work for 12 months or more with a six month long, paid job to give them a step back into the employment market.
5. Banning exploitative zero hours contracts -;Labour will ban exploitative zero hours contracts and give workers on zero hours contracts who are working regular hours a right to a contract with fixed minimum hours. This would affect at least 90,000 workers in Scotland.