TOGETHER WE CAN DELIVER FOR WOMEN 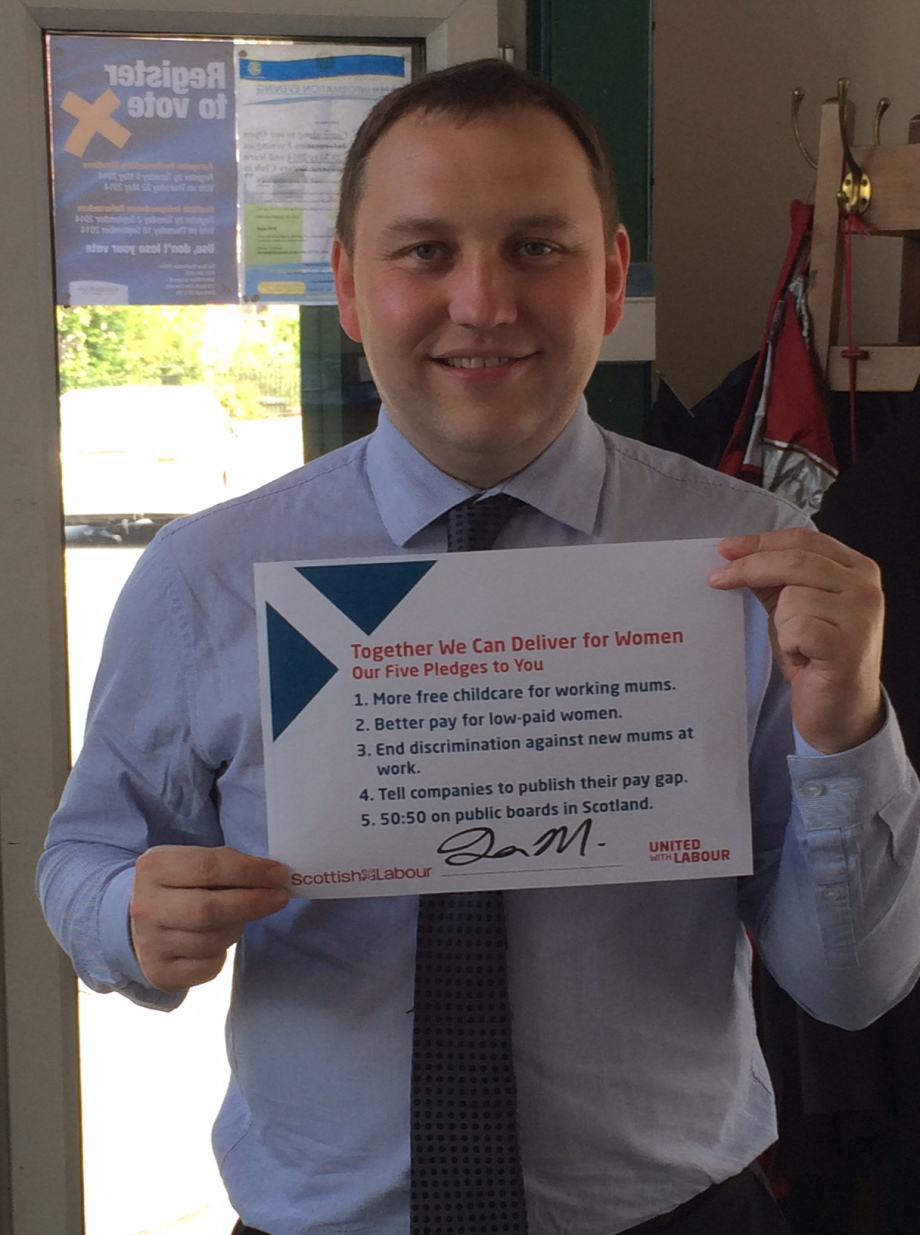 Last week, I signed up to support Scottish Labour’s•Five Pledges for Women•and joined calls for the SNP to do more to support women across Scotland.

The pledges, which we will deliver in Government, are:

I’ve seen first-hand how women’s rights have been won because of, and not in spite of, being part of the UK.• From equal pay legislation to tax credits and maternity pay, Labour has always delivered for women and these pledges demonstrate how we will continue to do so going forward.

But in recent years progress has stalled. While the Tories’ cuts fall disproportionately on women, the SNP have failed to make any difference. They promise more after independence in an effort to win women’s votes in the referendum, but this SNP Government has cut 47,000 jobs in local government and removed £1 billion from anti-poverty programmes -; hitting women the most.

The best way of standing up for women in South Edinburgh is by remaining part of the United Kingdom, where we can pool our resources and share the risk across 65 million people. At both Westminster and Holyrood, Labour is committed to taking action that will make a real difference to women across Scotland.

Detail of the Five Pledges:

Scottish Labour will introduce 25 hours of childcare a week for every 3 and 4 year old and 15 hours a week for all vulnerable 2 year olds. This will be funded by using the Barnett Consequentials arising from a future UK Labour Government increasing the bank levy.

One in five Scottish workers are paid less than the living wage of £7.65 per hour. Labour across the UK will introduce ‘make work pay’ contracts to incentivise companies to pay the living wage. Firms which sign up to pay the Living Wage at the start of the Parliament will benefit from a 12-month tax rebate of up to £1,000 for every low paid worker who gets a pay rise. The measure will be entirely funded from the increases tax and national insurance revenue received by the Treasury when employees receive higher wages.

An estimated 5,000 women a year in Scotland who go on maternity leave never return to work due to discrimination. Across the UK, this accounts for around 14% of women who go on maternity leave. In order to end this discrimination against new mums, Labour would change the law so that employers would have to make reasonable adjustments for women returning to work. We would also use new devolved powers to scrap the tribunal charges that deny justice to so many women.

There is still a 5.8% gap in pay between men and women working full time in Scotland. Progress has been made, but is has not been quick enough. We believe that the full public scrutiny of pay is required to make companies address this issue. That is why we will tell companies to publish their pay gap. And, if voluntary action does not work, we will legislate to compel companies to publish they pay gap in their annual reports.

The SNP have failed to address the lack of women on the board of Scottish public authorities. Scottish health boards have an average of 37% women members, while many non-departmental public bodies have as few as 30% women board members. Visit Scotland’s six-member board only has one woman. Scottish Labour would introduce a 50% quota for public boards in Scotland to ensure that the boards that lead our public authorities look like the communities they serve.