A COST OF LIVING CONTRACT

Last month the party launched our Cost of Living Contract. We have done so to tackle the crisis which has arisen under the current government where hardworking families are being punished by an unfair rise in costs, lower pay and mismanagement of the economy. 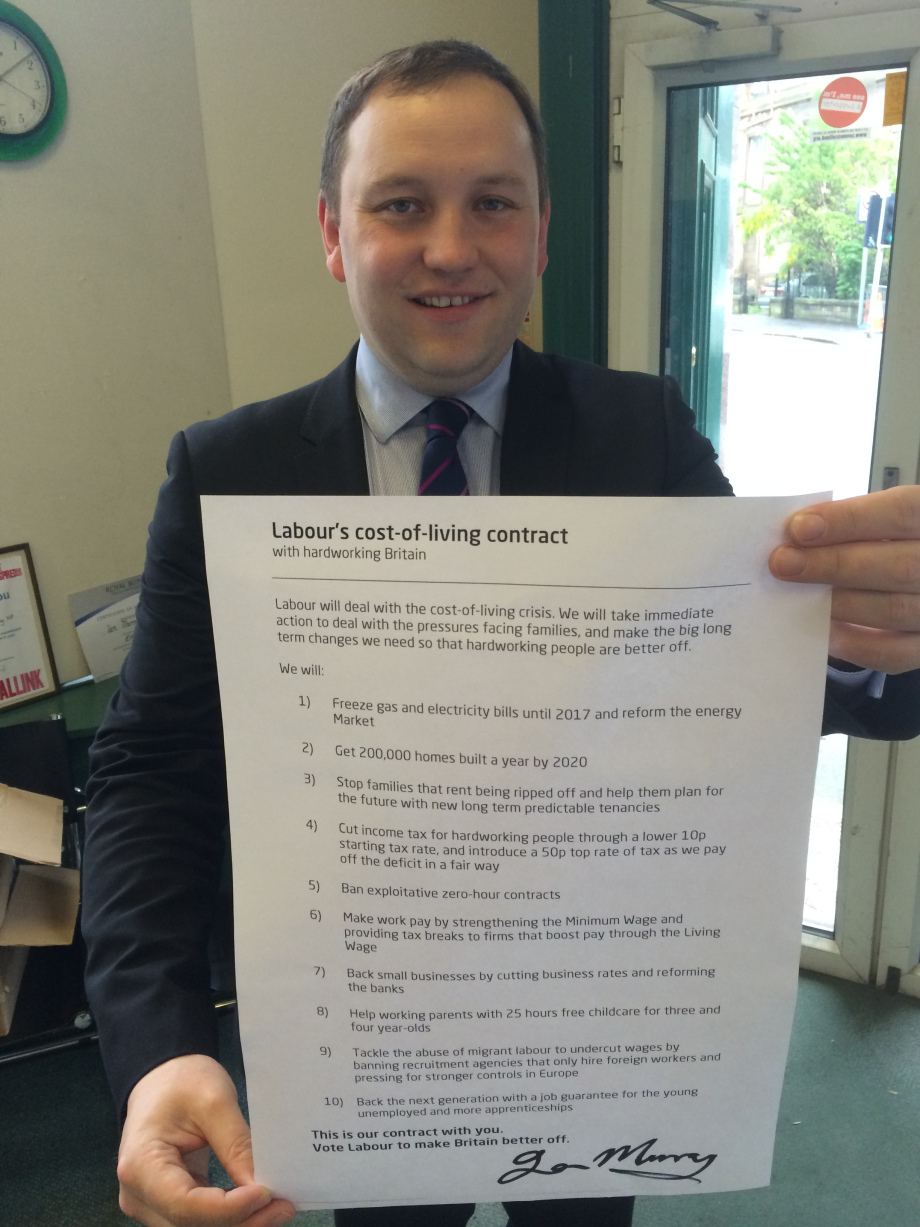 Our contract will deal with the crisis and return Britain to being a fair nation that rewards work, creating an economy that will support our hardworking people. The contract features ten commitments we are making including; a freeze on gas and electricity bills; plans for 200,000 new homes; and measures to make the job market fairer and more secure.

Last winter saw the public rightly outraged at the rising price of energy bills and David Cameron’s government were too afraid to stand up to the energy companies. This would not have happened under Labour, and as soon as we return to government we will begin legislating a freeze on prices until 2017- saving the typical household £120. We also plan to increase competition and transparency within the market to end the current monopoly.

We are also committing to build 200,000 new houses across Britain by 2020 to stimulate the housing market. Another aspect of this promise that excites me is the creation of up to 230,000 construction jobs which will help small house builders who currently have difficulties accessing finance.

As I have written so often on this blog, exploitative zero hour contracts have trebled since 2010 as the government has planned on making our economy unstable to benefit employers. To end such scandalous activity, we will ban the exploitative use of these contracts. In addition, we will seek to increase the national minimum wage and ensure greater enforcement of it, with stricter punishments.

It is time to make employment and our economy fair and gratifying again. This can be achieved with the ten commitments in our cost of living contract that have been geared towards reversing the current state that our economy is in.

Labour will deal with the cost-of-living crisis. We will take immediate action to deal with the pressures facing families, and make the big long term changes we need so that hardworking people are better off.

4) Cut income tax for hardworking people through a lower 10p starting tax rate, and introduce a 50p top rate of tax as we pay off the deficit in a fair way

This is our contract with you.
Vote Labour to make Britain better off.