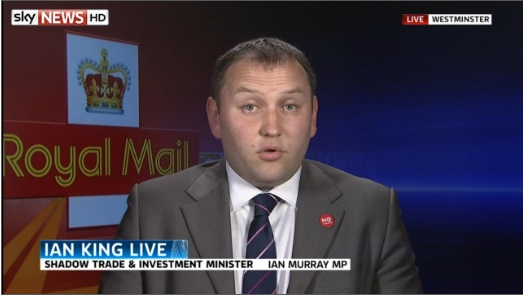 The government were warned from various sources that privatising Royal Mail at the proposed flotation price would leave the taxpayer shortchanged. The proof of the pudding, of course, is in the eating, and the soar in the share price of 35% just one day into trading shows just how badly the taxpayer lost out in this time of austerity.

Priority Investors, supposedly chosen to have long term holdings to give the company financial stability, have sold over 60% of their shares already. Furthermore, and this is a key point that the government failed to address and are continuing to sidestep, Royal Mail was doing incredibly well in the public sector and the profits have simply been transferred to the private sector. This was an ideologically driven policy that ignored all the signals pointing to it being a disaster. Ministers pressed ahead with their unnecessary and botched fire sale, despite widespread opposition and warnings.

As a result, taxpayers have been short changed by hundreds of millions of pounds while the government’s ‘priority’ City investors made a killing at the public’s expense.

You can watch the interview and read the full news article here: •http://news.sky.com/story/1297952

You can also read the BIS Select Committee’s full report in the privatisation by clicking on the image below.