On October 30th, as Labour’s Shadow Minister for Trade and Investment, I spoke in the debate on a recent report from the the Committee for Arms Exports and Controls.

You can watch my contribution to the debate by clicking here.

The defence industry is a significant part of the UK’s economy.• It employs around 162,400 people,•providing a further 5000 apprenticeships annually as well.• The arms industry generates annual revenues of more than £22billion, with £6.5million of that coming from exports annually.

In the 21st century, where globalisation brings countries into closer contact, often harmoniously but often with friction, it is right that we recognise the defence industry’s part in providing security here in the UK and helping other countries to fulfil their right to self-defence.

However, with that role comes a heavy responsibility -; responsibility on the part of the industry itself and, crucially, the responsibility of government to oversee arms exports to ensure that we impose tough standards on the sale of our weapons and munitions. 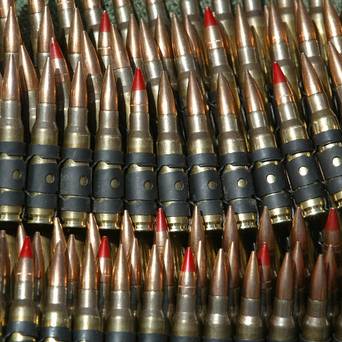 It was an important opportunity to restate Labour’s belief that an important responsibility rests with the arms trade industry.• I was also able to press the Government on the arms trade treaty that would significantly boost efforts to stem the flow of arms to some of the world’s most volatile places and help end the transfer of weapons used to commit genocide, crimes against humanity and war crimes.