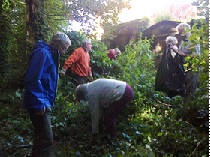 Thank you, Ian, for giving me space to write about the wonderful “green lung” we have in the middle of our community. Thanks to the initiative of Tony Harris, Chair of the Grange Prestonfield Community Council, we have set up an Interest Group to draw attention to this little known resource. The cemetery dates from 1846, and was designed by David Cousin, who also designed many others, including Warriston. It was part of a new trend to provide burial grounds for the rapidly increasing urban populations. They were for people of any faith, or none. Graves ranged from very simple, for families who could not afford gravestones, or very elaborate. They were called “Garden Cemeteries” because the graves were set in a peaceful park providing recreational space for walking. Our own cemetery is an excellent example of a garden cemetery. It was laid out with avenues and circles, carefully planted with oak, pine, lime, maple, sycamore and yew trees. Nearly one hundred and seventy years later, these are in their prime. 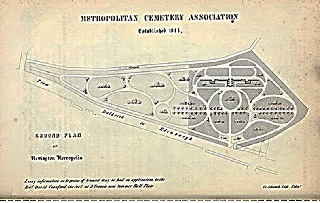 Not many people realise that we have an impressive War Memorial, erected in 1925, honouring the memory of soldiers and sailors killed in the First World War who are buried in the cemetery, and 156 individual war graves. 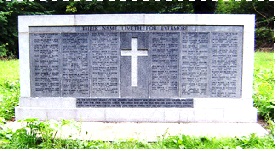 Many interesting people are buried here, including the famous painter William McTaggart who lived in Lasswade; Arnaud Massy, the first non-British golfer to win the British Open, who honed his golfing skills in North Berwick, and married a local girl; and the Revd. Dr John Ross, who translated the New Testament into Korean.

In 1994 the whole cemetery was compulsorily purchased by the City Council. The then owners had planned to remove all the bodies and use the site for property development. It had been neglected, and was so overgrown that many graves were completely hidden. The limited resources of the Cemetery team stop them from restoring as much as they would like. This is where we hope our Interest Group makes a difference. Over the last year we have discussed with the team what we could do to help, and in consequence were able to clear some of the overgrown graves and participate in the Cockburn Society’s Doors Open Day on September 28. We were very pleased that over a hundred people came!

We hope that more people will now visit. You can enjoy the lovely trees, and if you are interested in local history, browse amongst the gravestones. Not only are the headstones themselves often beautiful, but they indicate the variety of professions of our Southside community since 1846. Those we have found so far include a printer, a shawl manufacturer, and a founder. 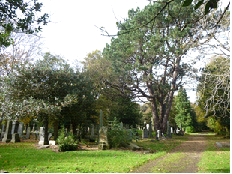 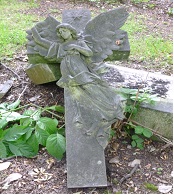