The protection of the NHS is crucial, and I echo the concerns of my constituents about the impact that the EU-US trade agreement (known as TTIP) which is currently being negotiated could have on public services – particularly the NHS. 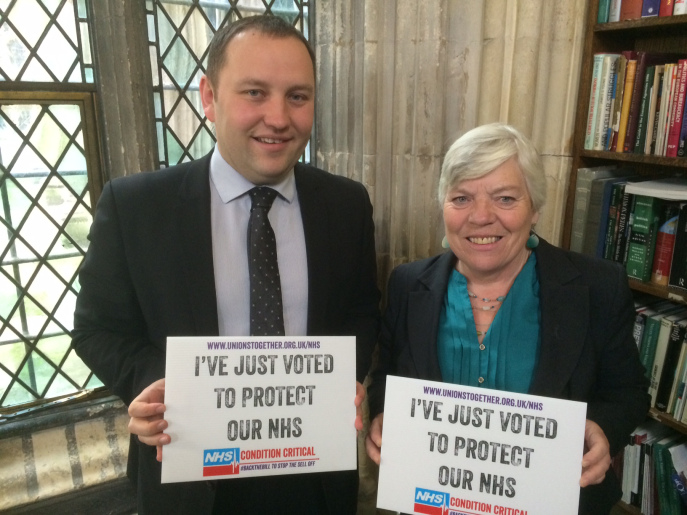 I believe that the NHS and public services need to be more, not less, integrated.• That’s why last Friday I voted for Labour MP Clive Efford’s Bill which would ensure the TTIP Treaty cannot impose procurement or competition obligations on the NHS, as well scrap David Cameron’s new market framework for the NHS.

During the debate on the Bill, I raised this issue and you can read my question and the responses here.

As Labour’s Shadow Trade Minister, I’ve been working on this issue for some time.• Earlier this year I met with the EU Chief Negotiator for the trade negotiations, Ignacio Garcia Bercero, and raised the significant concerns about the possible inclusion of public services, particularly the NHS in that trade agreement.