The House of Commons will vote on legislation to enshrine the UK’s commitment to donate 0.7% of Gross National Income (GNI) in Official Development Assistance (ODA) on Friday 5 December. 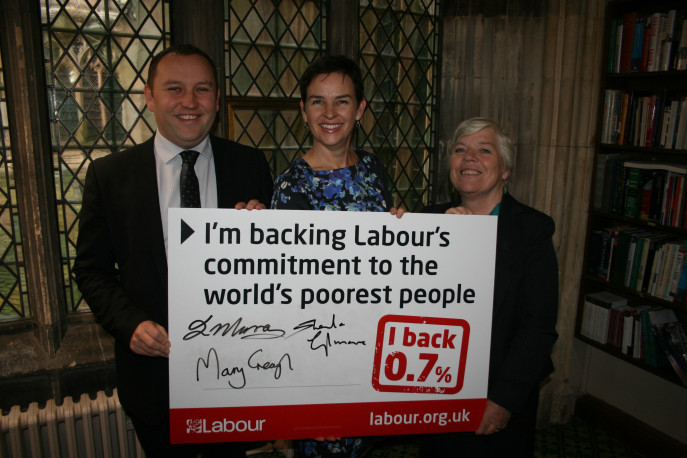 I’m proud to support Britain’s life-saving, life-changing aid programme to help some of the world’s most vulnerable people.

The last Labour Government tripled the aid budget and dropped the debt, helping to lift three million people out of poverty each year and getting 40 million more children into school.

British aid makes a huge difference to millions -; we should be proud of what our generosity can do for those in need and what it says about us as a country.

The Conservative manifesto committed to put the 0.7% measure into law and pledged to do so in the Coalition Agreement.

However, the Tories and Lib Dem Government failed to bring forward a law. In November 2014, Foreign Secretary Philip Hammond said he did not see the need to write the commitment into legislation. This has raised concerns that right-wing Conservative MPs may try to block the law coming before parliament, which has been put forward by a backbench MP.

Under Labour, Britain led the world on international development. The vote on 5 December is this Tory-led Government’s last chance to keep their promise to the world’s poorest people.