Last weekend, I had the pleasure of refereeing the Charlie Adams Memorial Challenge between local rivals Edinburgh South FC and Fernieside FC at the home of football, Inch Park.

Charlie Adams was Under-15s coach and sadly died suddenly in May 2013 and this fixture was established in his memory to raise funds for the British Heart Foundation.

The match was played in a good natured sporting spirit so my cards were kept in my pocket for the full 90 minutes. Sadly, I didn’t get the chance to use the shaving foam I’d bought especially for freekicks (we didn’t have time to install the goal line technology either). 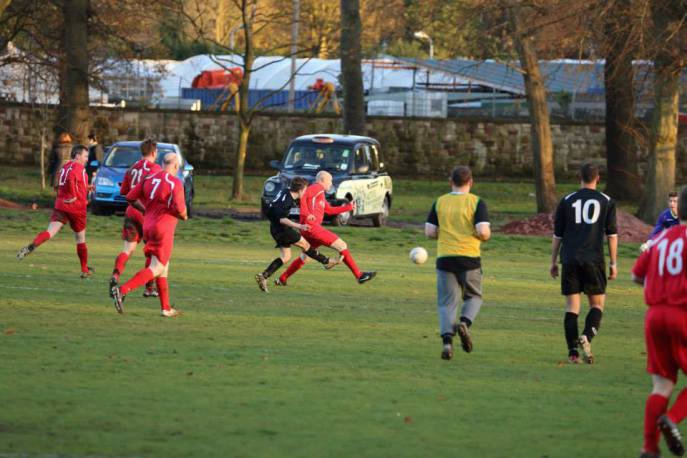 The match finished 9-3 to Edinburgh South, which doesn’t do justice to the competitive match that it was. A really good game to raise money for a great cause. Thanks to both teams for getting me involved.

Earlier in November, I went along to see the incredible work being done by Edinburgh South FC Soccer School at Inch Park.• There were over 100 kids aged from 5-10 years old in attendance having a brilliant time, many there getting their first taste of the beautiful game. 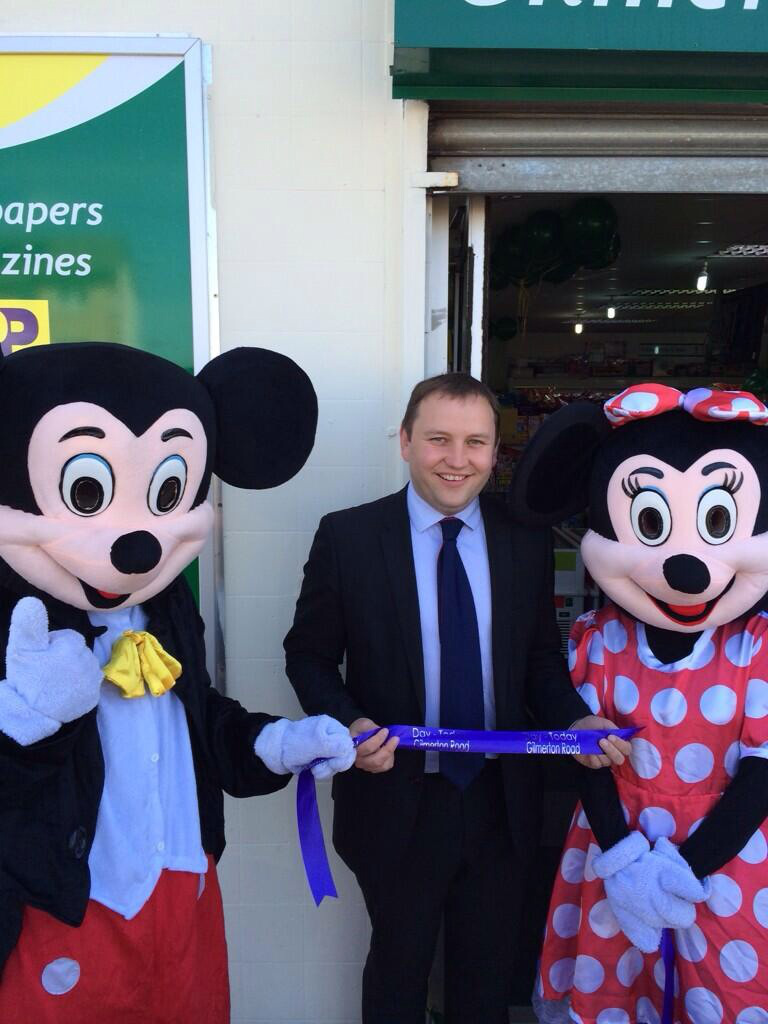 I was shown how the youngest kids are introduced to the basics of ball control right up to the game tactics of the players who play in soccer 4s and 7s.

I thoroughly enjoyed my morning at the Edinburgh South FC Soccer School. Over 100 kids took part in training and matches coached by a dedicated and professional group of volunteer coaches. As well as the soccer school they also run teams from under 7s to under 19s. Local community teams and coaching schools for all abilities could not take place without an army of volunteers who give up their time for both the love of the game and the benefit of the kids involved. They deserve the thanks from everyone in the community. 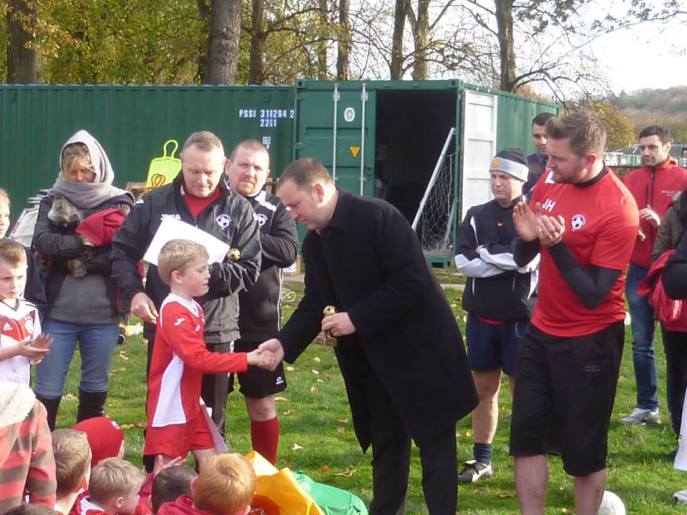 At the end of the session Ian was delighted to hand out trophies and certificates to the days worthy recipients.

Thanks to Edinburgh South FC Chairman Brian Waugh, all the coachs, parent and kids who welcomed me along. 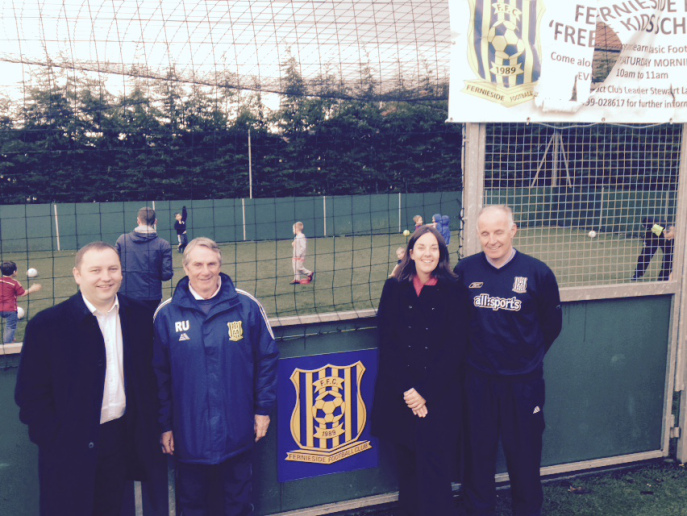 Fernieside Football Club is a local institution which does a terrific amount of work in the local community getting children involved in football.

Thanks to Robert Ure and Stewart Laird for chatting to us.• You can get more information on the club by visiting their website here.
Share —