It was clear from the result of the referendum that the people of Scotland wanted change. The cross-party Smith Commission has delivered this.

With complete control over income tax, as well as significant borrowing and employment powers, the Smith Agreement has cemented into law the commitments made before the referendum, and has gone above and beyond expectation. 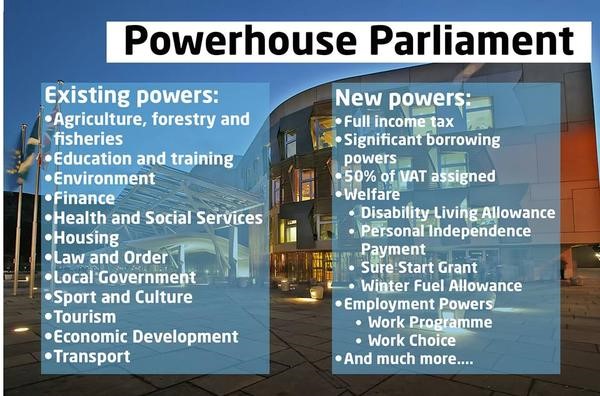 You can watch my question to the Secretary of State for Scotland following the statement on the Smith Commission by clicking here.

The Smith Commission will make Holyrood a powerhouse Parliament. Holyrood will control £20 billion worth of taxation and £3 billion worth of welfare as well as giving the Scottish Parliament the power to create Scottish specific benefits. This is a positive change for Scotland.• A promise made and a promise delivered.

The Smith Agreement has delivered the powerhouse Scottish Parliament that the Scottish people wanted.

The Scottish Government’s Programme for Government announced at the end of last month contains no legislation to reform the big issues that constituents talk to me about – housing and the private rented sector or dealing with poverty pay be extending living wage.

Not only are there more powers coming, but the Scottish Government has real powers right now which they should be using. Their rhetoric is ‘this does not go far enough’.• You’d expect something like that from them – they wanted independence, but the majority of Scottish people rejected this. They’ll also have you believe that the percentage of resources raised by own resources is only 30%, but this table show that it’s more than double at 62.6%.• A powerful Scottish Parliament with accountability of raising resources as well as spending them. 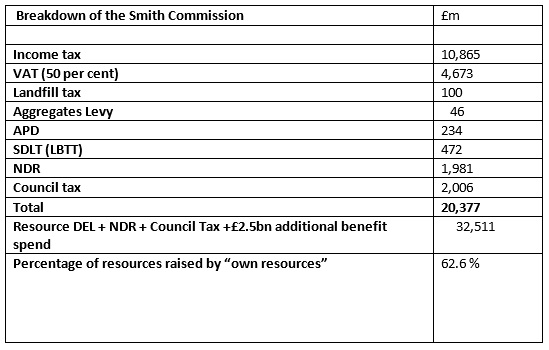 The Smith Agreement should, and will be, a step forward, a move towards positive and democratic change in Scotland -; a desire made clear after the referendum.

I took the opportunity during the Devolution and Union debates in Parliament to raise some issues relating to the Smith Commission and and the subsequent Agreement the issues surrounding devolution.

You can watch my contribution to the the Devolution debate by clicking here.

Let us know get on and utilise the opportunity of a powerhouse Parliament to deliver for the people of Scotland.• That is what the democratic will of the Scottish people delivered in the referendum and that is what has been delivered as promised.