As we enter 2015 the Labour Party are committed to developing general election pledges that:

Ed Miliband outlined several Labour Party priorities in the run up to this year’s General Election on Monday. He highlighted Labour’s commitment to ending unfair and restrictive zero-hour contracts that are not only exploiting hard working people, but damaging our economic recovery. In addition, Ed Miliband stated that Labour’s commitment to supporting small businesses, as well as creating jobs in the future green industries will be reflected if elected in 2015 -; crucial steps towards creating and maintaining a strong economic foundation for the UK. •We all want an economy that works for hard working people and not just a few at the top.• That is our promise and that is our target for 2015.• He also recommitted himself to putting climate change at the top of the international agenda.

Ed Miliband reiterated Labour’s commitment to succeed where this Conservative Government has failed with a realistic pledge to balance the books with none of the proposals in our manifesto funded by additional borrowing. By providing plans for increasing vocational education courses and apprenticeships, Labour is demonstrating a clear plan for increasing choice for children across the UK. 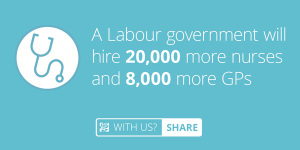 On Monday, I attended a speech by Scottish Labour Leader Jim Murphy, who outlined the first Scottish Labour election pledge -; to guarantee an additional 1000 extra NHS nurses by using money raised by the mansion tax Labour would introduce on homes worth more than £2million. The NHS is devolved in Scotland, and so money raised by the mansion tax would help to increase the amount Scotland gains from the Barnett Formula to spend on the vital services the NHS provides. •This is a dedicated way to redistribute wealth from those who have the broadest shoulders to those who do not.• The strength of pooling and sharing resources for Scotland to choose how they should be spent. 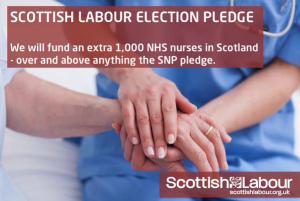 Fairness is not just a word that can be banded around as if saying it makes it real.• Too many other parties use fairness as a word but not as a practice.• The only way to make it real is through action, policy and values.• That is what the Labour Party and I will be demonstrating in the run up to the General Election in May.