0.7% commitment is fundamental for fairness

I was delighted to join Shadow International Development Secretary, Rt Hon Mary Creagh MP, before we voted to support the commitment for the UK to spend 0.7% of GNI on the worlds poorest. 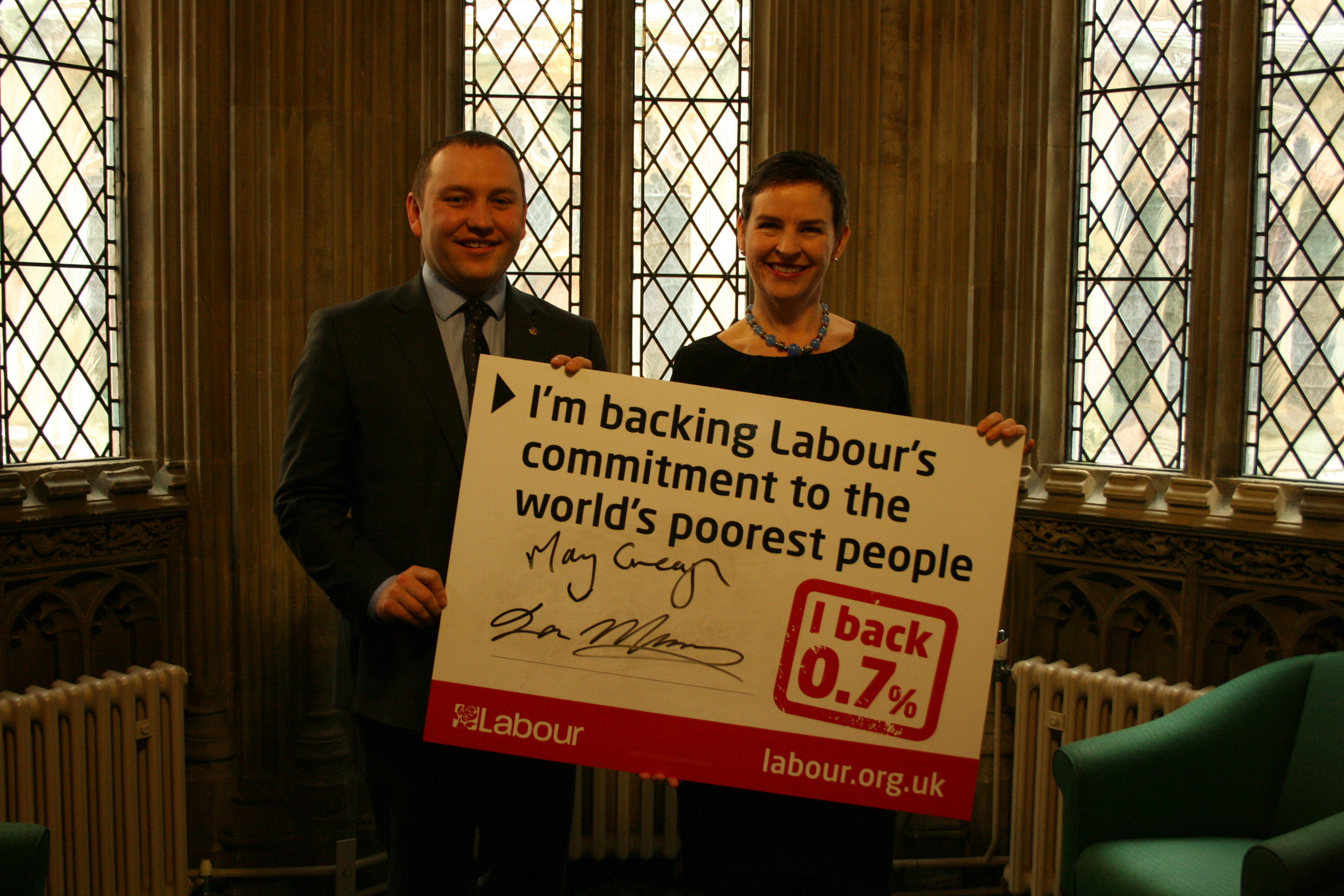 Last week I•backed legislation to enshrine the UK’s commitment to the world’s poorest people in law, completing a course set out by the last Labour government.

On Monday 9 March, Parliament passed a law to guarantee the UK’s promise to spend 0.7% of our Gross National Income on international aid -; in line with an aspiration first put forward over 40 years ago.

The law nearly failed because the Tories and Lib Dems failed to vote for it in the House of Commons. At the final vote in the House of Commons a group of Tory MPs tabled dozens of wrecking amendments and tried to talk out the bill. The Tory-led Government also failed to put forward this legislation, instead relying on a Private Member’s Bill from a backbench MP to make the 0.7% commitment law. This was despite the fact the commitment to 0.7% was included in both the Lib Dem and the Tory manifestos and in the Coalition Agreement.

At the final Commons vote 79 Labour MPs voted for the law -; more than all the other parties combined.

I’m proud to support Britain’s life-saving, life-changing aid programme and back this law to help some of the world’s most vulnerable people.

The last Labour Government tripled the aid budget and dropped the debt, helping to lift three million people out of poverty each year and getting 40 million more children into school.

•British aid makes a huge difference to millions -; we should be proud of what our generosity can do for those in need and what it says about us as a country.”

“With this bill, a vote in Parliament saves lives across the world.”

•“Under Labour, Britain led the world on international development. But this bill nearly failed because after four years of inaction from David Cameron, Tory and Lib Dem MPs failed to turn up and vote for it in the Commons. I am proud that more Labour MPs voted for this Bill than all the other parties combined. This bill ensures that whoever is in government, our promises to the world’s poor will be honoured.”