I’ve signed up to support this year’s Earth Hour, highlighting the importance of protecting the world’s forests.• WWF’s Earth Hour, which takes place on Saturday 28th March at 8:30pm,•will, this year be highlighting•the current campaign for a responsible trade in sustainably-sourced forest products. 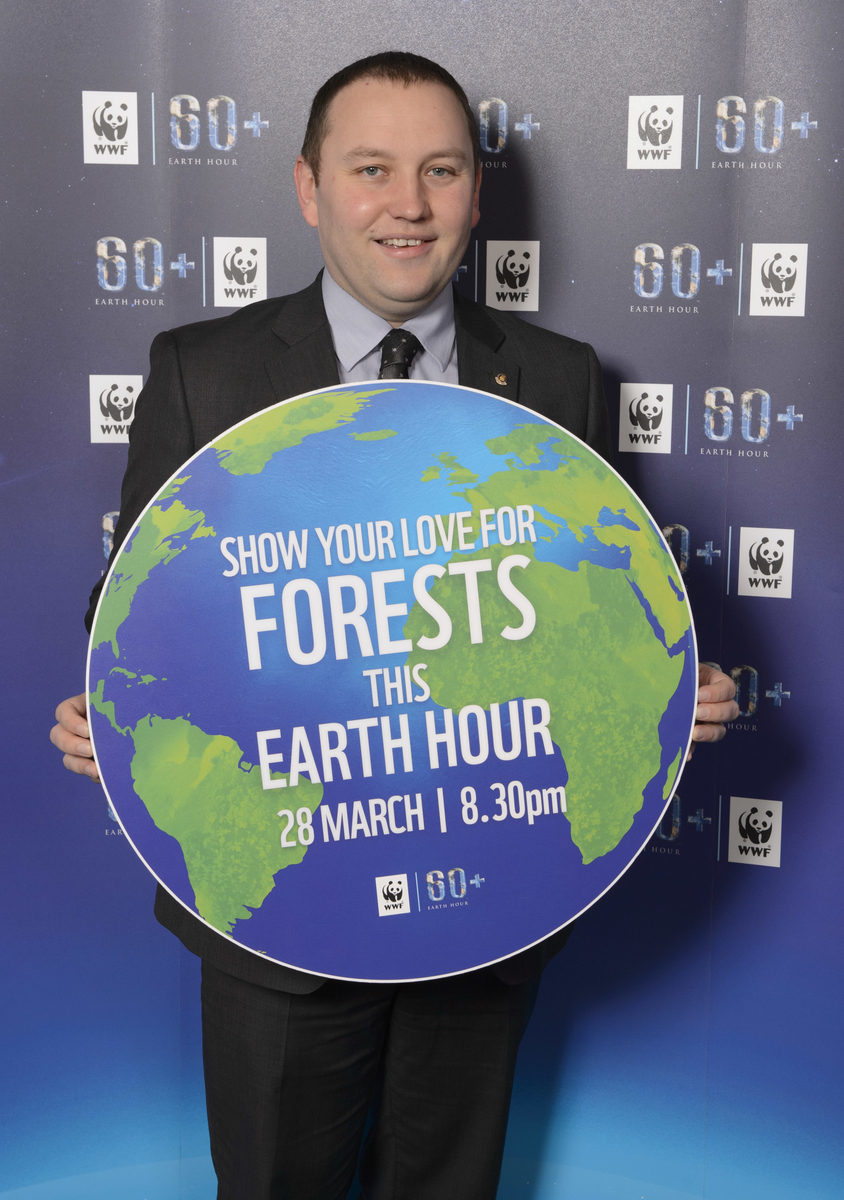 Earth Houris WWF’s annual global grassroots movement where millions of people around the world come together to switch off their lights for one hour in a symbolic act of support to show they care about our brilliant planet. To find out more and register to take part please go to: wwf.org.uk/earthhour•and join millions of people who are signing up to the big switch off.

WWF-UK’s forest campaign highlights the issue of illegally sourced timber and unsustainable forest management, and aims to make responsible forest trade the norm. WWF-UK is challenging business and the government to commit to responsible trade in wood and paper to help end deforestation around the world. Deforestation is having a devastating effect on the world’s last remaining natural forests, for example, in Indonesia, Central Africa and Far East Russia. The world has lost nearly half its forests, and only a tenth of what remains is protected. And global demand for wood for timber, paper and fuel is set to triple by 2050. For more information on WWF’s Forest Campaign visit wwf.org.uk/saveforests

•Our planet is under pressure and we are facing huge environmental challenges including illegal logging and unsustainable management of forests.• Earth Hour is a chance for everyone to do show this matters and help make a difference.• It is genuinely inspiring that millions of people across the globe will come together on Saturday 28th March at 8.30pm to celebrate Earth Hour and take positive action to protect our natural world.•

Shareen Brown, head of WWF-UK’s Earth Hour, said: “Our natural resources are running out.• We are already living beyond the limits of one planet,but by making small changes our daily lives can become more sustainable. Politicians play a vital part in helping to tackle the major conservation issues such as deforestation, so it’s great to have their support for Earth Hour.• It’s a timely reminder that we all need to be doing more to protect some of our planet’s most precious wildlife and places.”

Last year over 9 million people in the UK took part in #EarthHourUK and 85% of those that signed up said they felt inspired to go on to live more sustainably beyond the hour (nfpSynergy 2014).• Globally, the world’s first Earth Hour forest was created in Uganda and more than 100,000 people supported a petition on forest legislation in Russia.

Earth Hour, organised by WWF, is a worldwide grassroots movement uniting people to protect the planet. 2014’s Earth Hour was the biggest yet, with hundreds of millions of people taking part across a record 162 countries and 7,000 towns and cities alongside world famous landmarks from the Sydney Opera House to Times Square in New York. Earth Hour continues to have a real and lasting impact beyond the hour, from crowdfunding to help protect critically endangered species, to campaigns to protect The Great Barrier Reef.• In 2015 Earth Hour will be held on 28th March 2015 between 8.30pm and 9.30pm.