I recently wrote a piece for Third Force News on the charity sectors concerns over Gift Aid with the devolution of income tax to Scotland in the Scotland Bill.

With the Scotland Bill rapidly nearing its conclusion, the time has come to focus on how we can use the new powers being transferred in the bill to build a better, fairer Scotland. Part of that involves guarding against unforeseen consequences that may lead to negative outcomes for individuals, businesses and charities.

A number of charities, including the Scottish Council for Voluntary Organisations (SCVO), have raised concerns that the creation of a new Scottish income tax system may have an adverse impact on the provision of Gift Aid in Scotland.

From April 2017, the Scottish Parliament will have total control over the rates and thresholds of tax on all non-savings and non-dividends income. I fully support this. Having the power to adjust rates of taxation, for example by adopting Labour’s plan of reintroducing the 50p rate for those earning over £150,000, will provide much needed funds to address the social and economic problems that continue to plague Scotland: child poverty; chronic health inequality; the gap in educational attainment between children from wealthier and poorer backgrounds. 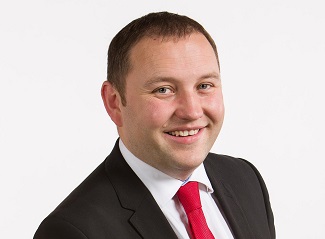 Gift Aid is worth over £1 billion a year to UK charities and over £100 million in Scotland. In the previous parliament, I successfully campaigned for charity bucket collections to be eligible for Gift Aid, leading to the creation of the Gift Aid Small Donations Scheme. This year’s budget extended the scheme, and it remains one of my proudest achievements.

The problem is that Gift Aid is UK-wide, linked to tax paid, and predicated on a single tax structure. Should there be different rates of tax in Scotland and the rest of the UK, that link would be broken for Scottish taxpayers, as Gift Aid would continue to be paid at the UK rate.

This could lead to complicated negotiations between the Scottish and UK governments and difficulties identifying Scottish taxpayers for the purposes of Gift Aid. It could also cause considerable confusion among charitable donors and financial and administrative problems for charities.

Thankfully, this is all avoidable. Sound legislation takes account of unintended consequences by incorporating contingency measures, often in the form of reviews. I have tabled an amendment to the Scotland bill which would require a review of the operation of Gift Aid in Scotland after a set period of time. This would allow for the early identification and resolution of any problems in the way Gift Aid is operating under the new devolved tax regime. Gift Aid is too important for the sector not to ensure that it works.

The SCVO and other Scottish charities have shown great vigilance in spotting this flaw in the bill and I am very grateful to them for bringing it to my attention and working with me to amend it. To be fair to the UK government, they were also glad that I raised it as an issue. I am hopeful that they will support my amendment so that we can safeguard Gift Aid and concentrate on getting the best outcomes for Scottish charities.

Ian Murray is Labour MP for Edinburgh South and is the shadow secretary of state for Scotland.