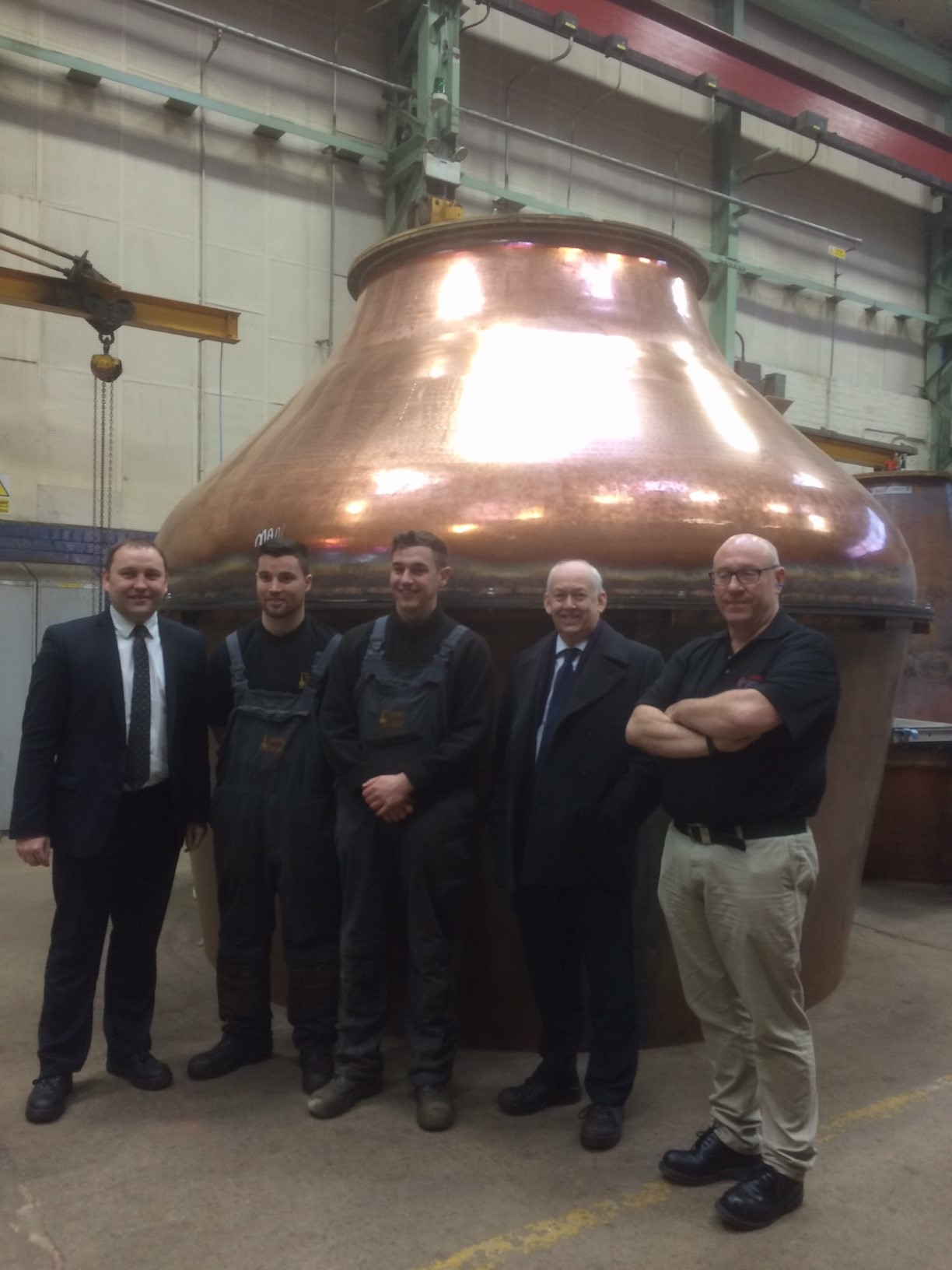 I along with my colleague Wayne David MP, Shadow Scotland Minister were kindly invited on a tour of some of Scotland’s finest whisky companies and distilleries.

We then moved onto Glenturret Distillery home to Famous Grouse. Glenturret employs 2,200 people worldwide and its brands include The Macallan, The Famous Grouse, Cutty Sark, Highland Park, and Brugal Rum. The company is owned by a charitable trust which donated £16.2 million to a variety of charitable causes last year alone.

Our final stop was Diageo Coppersmiths in Alloa. Diageo has its own coppersmith business where stills have been made sice the 1790s. Diageo is also the worlds largest producer of spirits and a major producer of beer and wine. Their brands include: Jonnie Walker, Singleton, Talisker, Lagavulin, Smirnoff Vodka and Tanquerey Gin.

The tour was a fantastic insight into the strength of Scottish whisky market and really highlighted how indispensable the national drink is to our economy. By the end I of the trip I had been converted into a something of a connoisseur. •