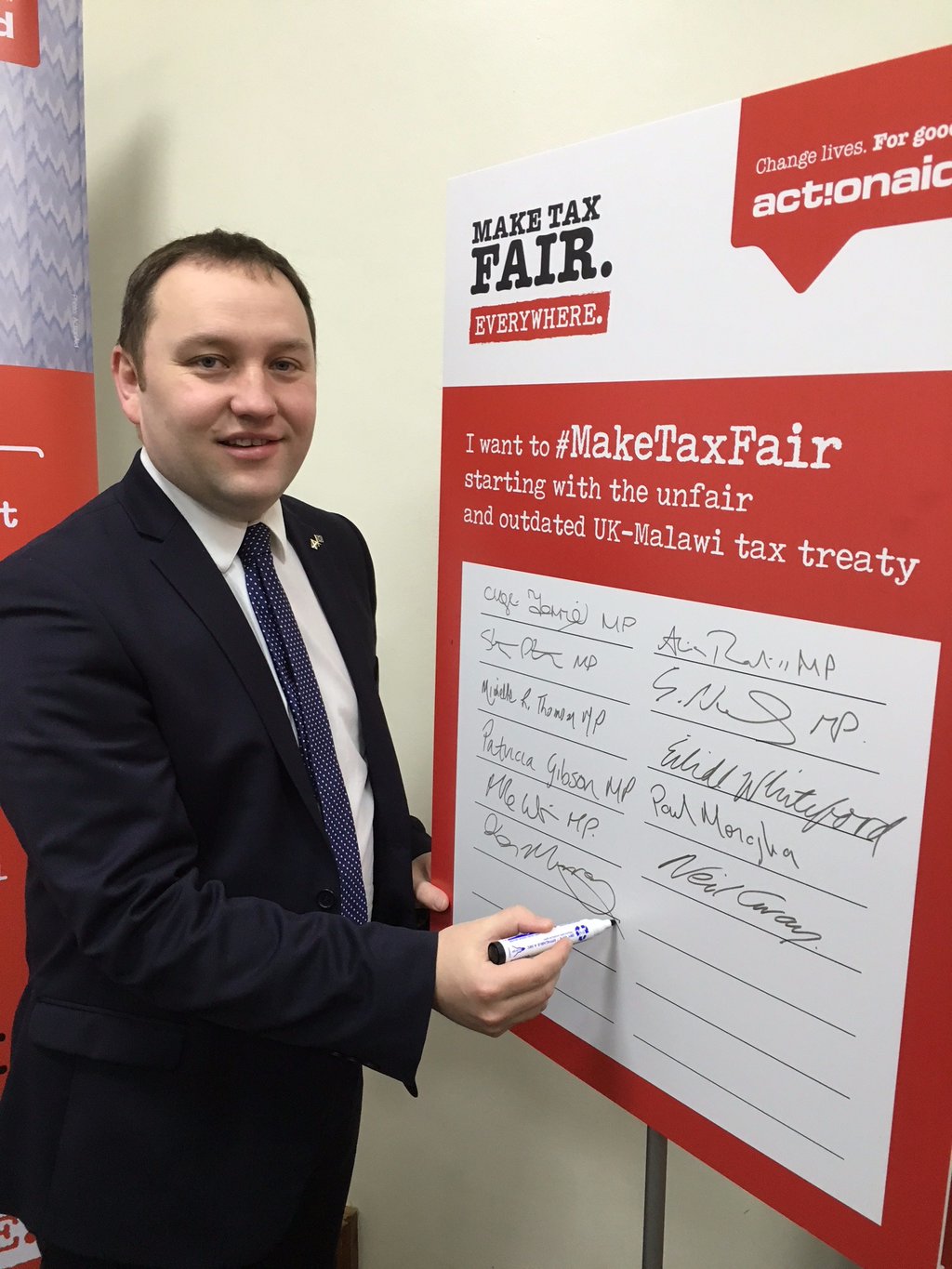 I showed my support for the campaign to make UK-Malawi tax agreements fair.

Malawi is the poorest country in the world. This compounds the injustice of•UK companies paying next to no tax in Malawi. The UK-Malawi tax treaty, agreed in 1955 was signed between British officials and North and South Rhodesia (countries which no longer exist) in 1955 and means that UK companies can operate in Malawi virtually tax free.

It’s time this outdated tax agreement was scrapped and a new law which requires companies to pay a fair rate of tax implemented.

You can learn more about the campaign here.