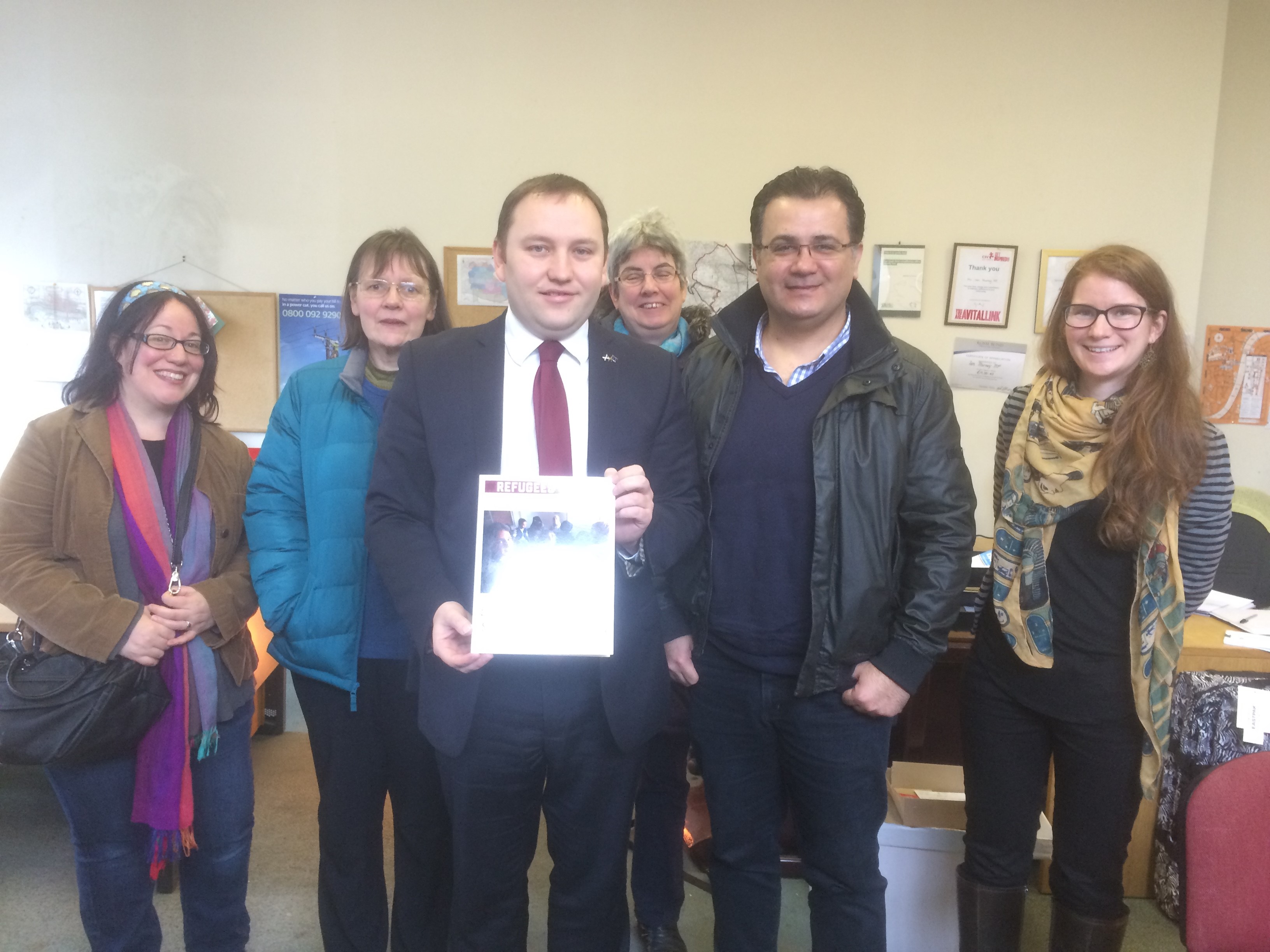 I welcomed local and national representatives of Citizens UK to my office on Minto Street to•discuss the plight of Syrian refugees.

The death and destruction brought about by the Civil War in Syria has created the worst•humanitarian crisis in the last 25 years. There are estimated to be over 4 million refugees scattered across the region and in Europe, and half of that number are children. Citizens UK are coordinating with local Refugee Welcome teams, including here in Edinburgh to ensure the UK plays its part in resettling some of these Syrians.

I was happy to sign Citizens UKs 3 pledges including: a commitment to increase the number of UN refugees resettled in the UK to 50,000 people over 5 years, removing resettled refugees from the calculation of net migration, and creating safe legal routes for refugees.

As some of you will be aware I have been sending out regular updates on the•current refugee crisis and what is being done (or not being done) at Westminster. Here is my most recent update, specifically on child refugees: 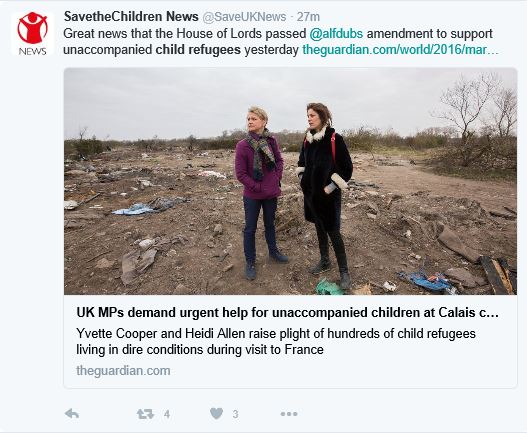 My Labour colleague Yvette Cooper MP, who has been very active on this subject, recently visited unaccompanied children in Calais with Heidi Allen MP. You can read more about the dire conditions they witnessed here.

The Dubs amendment will now go through the Commons where I, and my colleagues will be pushing the Prime Minister to drop his opposition to helping unaccompanied children in Europe. It is morally indefensible and does not reflect the humanitarian instincts of our country, which Lord Dubs stands testament to.

As ever I will strive to keep you updated on this vitally important issue as things develop. I have been touched by the kind hearted responses I have received to my updates on this subject, which I believe are representative of the compassionate instincts of this country.”