Labour can provide wind of change at perfect time 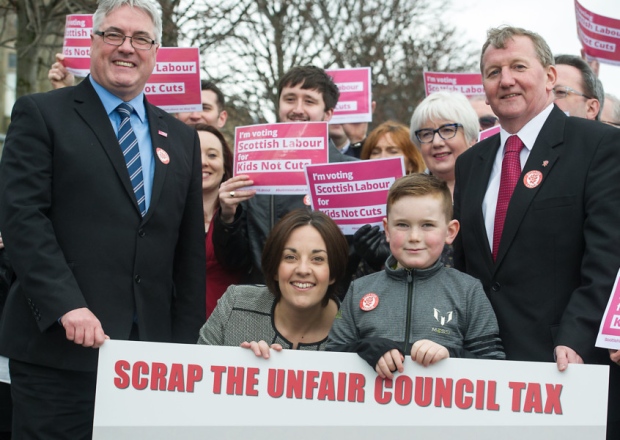 I wrote for the Edinburgh Evening News on Scottish Labour’s progressive offer for the Scottish Parliament election. Link to full article here.

Death, taxes and childbirth! There’s never a convenient time for any of them.” The famous words from Gone With The Wind.

Given my good friends Gregg and Steph have just had their first child, after a long delay, they would certainly agree with the latter.

But isn’t it great that a Scottish election is dominated by policy debate rather than the constitution?

And that’s important, as this is the first election where we will vote to elect MSPs to one of the most powerful devolved parliaments in the world.

Whilst the debate on tax is key to this election it shouldn’t just be about “who pays”; it should be about what it pays for. Do you go to school, college or university? When was the last time you or a relative visited your GP or went to the hospital, used your local library or community centre? Are you a young person struggling to afford a home? Are your local police disappearing?

Why do I ask? All the things listed above -; from funding schools to fixing potholes -; are paid for by your taxes. Our taxes are our collective investment in the services upon which we all rely and from which everyone benefits.

Conversely, if you starve these services of funding, they suffer.

There are examples of this here in Edinburgh. Liberton Hospital is threatened with closure as are children’s services at St Johns. In my own constituency, the axe is hanging over Inch House as savage SNP cuts to council budgets bite. Hundreds of council jobs are being lost, and more may follow. Constituents complain about increases in indirect charges -; from school pitches and swimming clubs, to home care alarms and council services.

We now have a Scottish Parliament that can chart a different course; that can take decisions based on the best interests of the people who live here.

It is all about the political choices we make. The Conservatives remain wedded to the discredited doctrine of austerity. Meanwhile, we have an SNP government that lacks the courage of its convictions.

It says it supports progressive taxes and is anti-austerity and members have campaigned all their lives for more powers for Scotland. But now they have them, they aren’t using them.

The SNP used to support a 50p tax rate on those lucky enough to earn over £150,000 a year, yet now we see Nicola Sturgeon refusing to implement it, and trotting out the same excuses as George Osborne. The SNP expects people to believe that services can be maintained without revenues increasing. Everyone benefits and nobody pays. It just isn’t credible.

There is an alternative. A Scottish Labour government will use the powers of the parliament to reintroduce the 50p rate and levy a modest increase in income tax. We will invest the additional revenues raised -; over £600 million -; in our public services, reversing the SNP’s disproportionate cuts to local government and education. Under our plans, nobody on a lower income will pay a penny more than at present.

Scottish Labour will take brave and bold decisions because we believe in something better. Faced with the choice between using the powers of the Scottish Parliament and settling for the status quo, we will choose to use our powers and stop these savage cuts.

There is never a “convenient” time to ask those that can afford to do so to pay a little more. But we either choose to imperil Scotland’s future prosperity or we choose to take a different path. Once thing is clear: when our society is at stake, saying “Frankly . . . I don’t give a damn” just isn’t good enough.