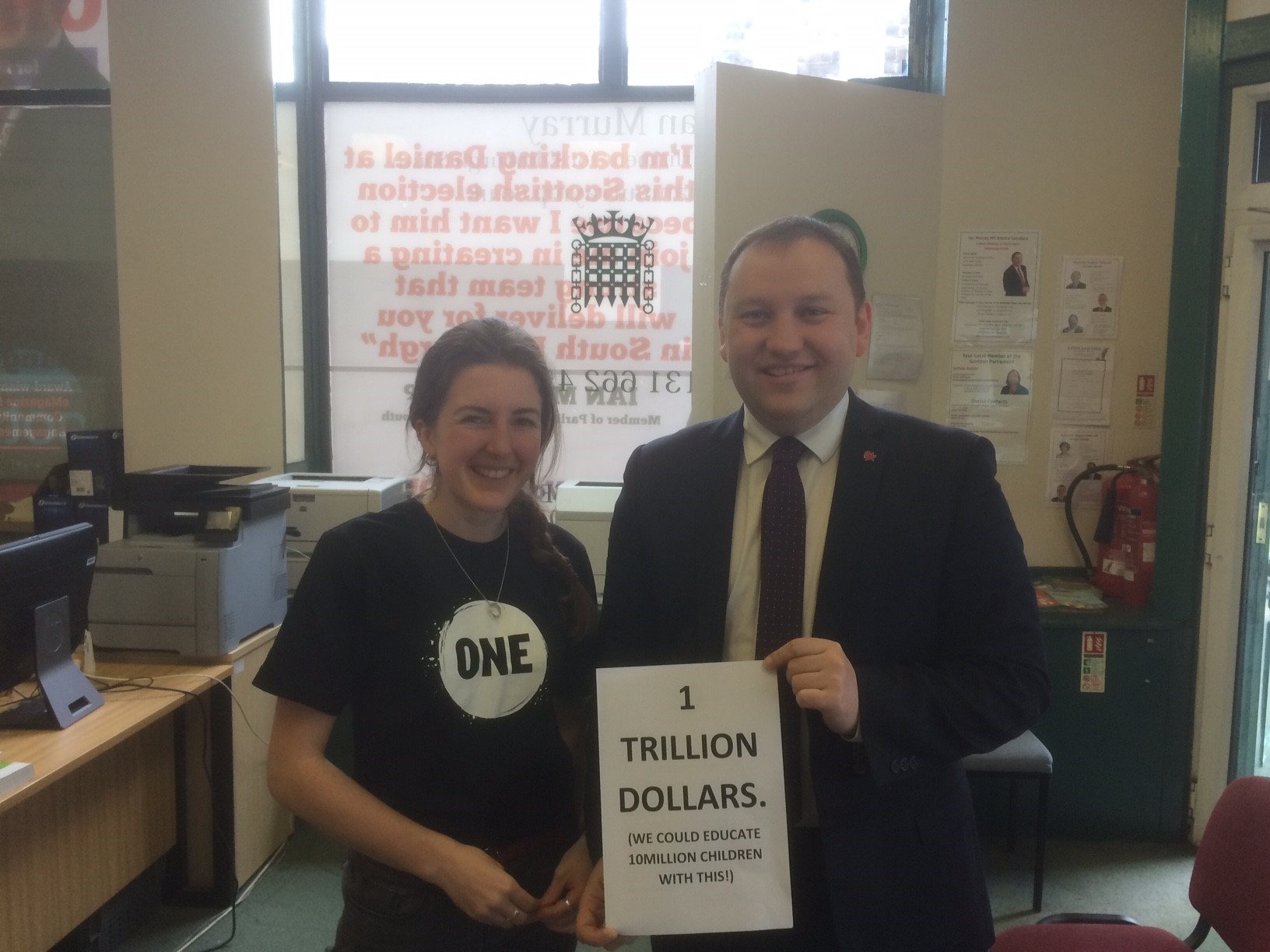 I met Charlotte Williamson at my constituency office to learn about the Trillion Dollar Scandal- a campaign run by ONE.

In 2014 the One Campaign revealed that 1 trillion dollars was being siphoned out of developing countries every year. Shady deals for natural resources like oil and minerals; anonymous shell companies used to launder dirty money; illegal tax evasion: it all adds up to a global scandal that has to be stopped.

This issue is even more salient•following•the publication of the Panama Papers which showed a rich elite were stashing money away in tax havens to avoid paying tax.•Tax havens are estimated to cost poor countries at least $170 billion in lost tax revenues every year. They damage our own economy and economies across the world, and need to be addressed.

I believe there should be far greater transparency and enforcement in relation to those who try to hide their wealth and profits in tax havens. There should be strict minimum standards on transparency for crown dependencies and overseas territories like the British Virgin Islands – where more than 100,000 Panama papers firms were based. This should include a public register of owners, directors, major shareholders and beneficial owners. I also believe HMRC should be properly resourced to investigate tax avoidance and evasion.•

You can read more about One here:•https://www.one.org/us/

A big thanks to Charlotte for coming along!