It’s time to plan for the future of development 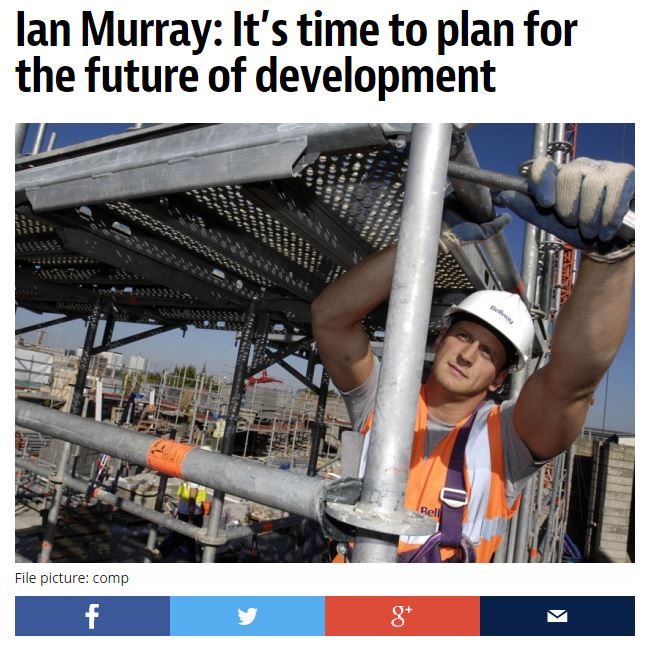 I wrote this piece for the Edinburgh Evening News on local people’s exasperation at the planning process here in Edinburgh:•

Planning is never going to be the sexiest topic for discussion but it is critically important to the development of the City and the local places that residents call home.

For the last few years I have been working with local residents and community councils on the local development plan (LDP). It is particularly predominant to the south-east of Edinburgh with potentially 13 new housing sites.•This will have a huge impact on local communities.

Local people in south Edinburgh are not against development but they are wholeheartedly against unplanned expansion without proper consideration for the impacts this would have on local amenities. The LDP process has done nothing to restore the confidence of local people in the planning system. In fact, the opposite is the case. The current LDP has left residents feeling locked out of decisions and powerless to influence what is happening in their local communities. That has to change?

So who can sort this out? Well, the council is directed by the Scottish Government to provide enough land for 32,000 new homes by 2024. If the council does not comply with those numbers then developers can merely throw in applications for any site in any location and, if the council refuses their application, appeal to the very same Scottish ministers on the basis of “inadequate housing supply”. The chances are they will be successful. They have been already.

That leaves the council in a catch-22 situation but they do need to ensure that local communities are heard and their legitimate concerns addressed.

Time and time again local people will cite the roads infrastructure as a key problem. They are correct. The major junctions in the area are already bursting. Kaimes and Gilmerton crossroads are particularly gridlocked. GP practices are closing their lists and some have been trying to recruit replacement GPs for nearly a year. Local P1 places are at a premium and none of this takes into account major developments across the City boundary in Midlothian.

The Gilmerton and Inch Community Council was established on the back of this debacle and have been fighting to have these legitimate concerns answered. They are as frustrated as I am that whilst the LDP process has been running through, developers have been putting in applications for LDP sites and are being granted them by the council or by the Scottish Government Reporters Unit on appeal.

I would like to see a full review of planning laws that reviews the supposed “planning led” system. It should look at whether developers who have a stake in the LDP are also able to submit individual applications at the same time. It should also look at where a limited community right of appeal could be put in place.

The Save Our South-East Wedge (SOSEW) campaign is correct when they concede that new housing is needed but that it must be well planned with infrastructure regarding education, traffic and health services clearly thought through and planned in advance.

Otherwise, the public confidence in the planning system will be irreparably damaged and that will harm the City in the longer term. More worryingly is that local amenities and infrastructure can’t cope and that affects everyone.

You can read the full article at:•http://www.edinburghnews.scotsman.com/news/ian-murray-it-s-time-to-plan-for-the-future-of-development-1-4107565#ixzz46Z9Ae4dJ