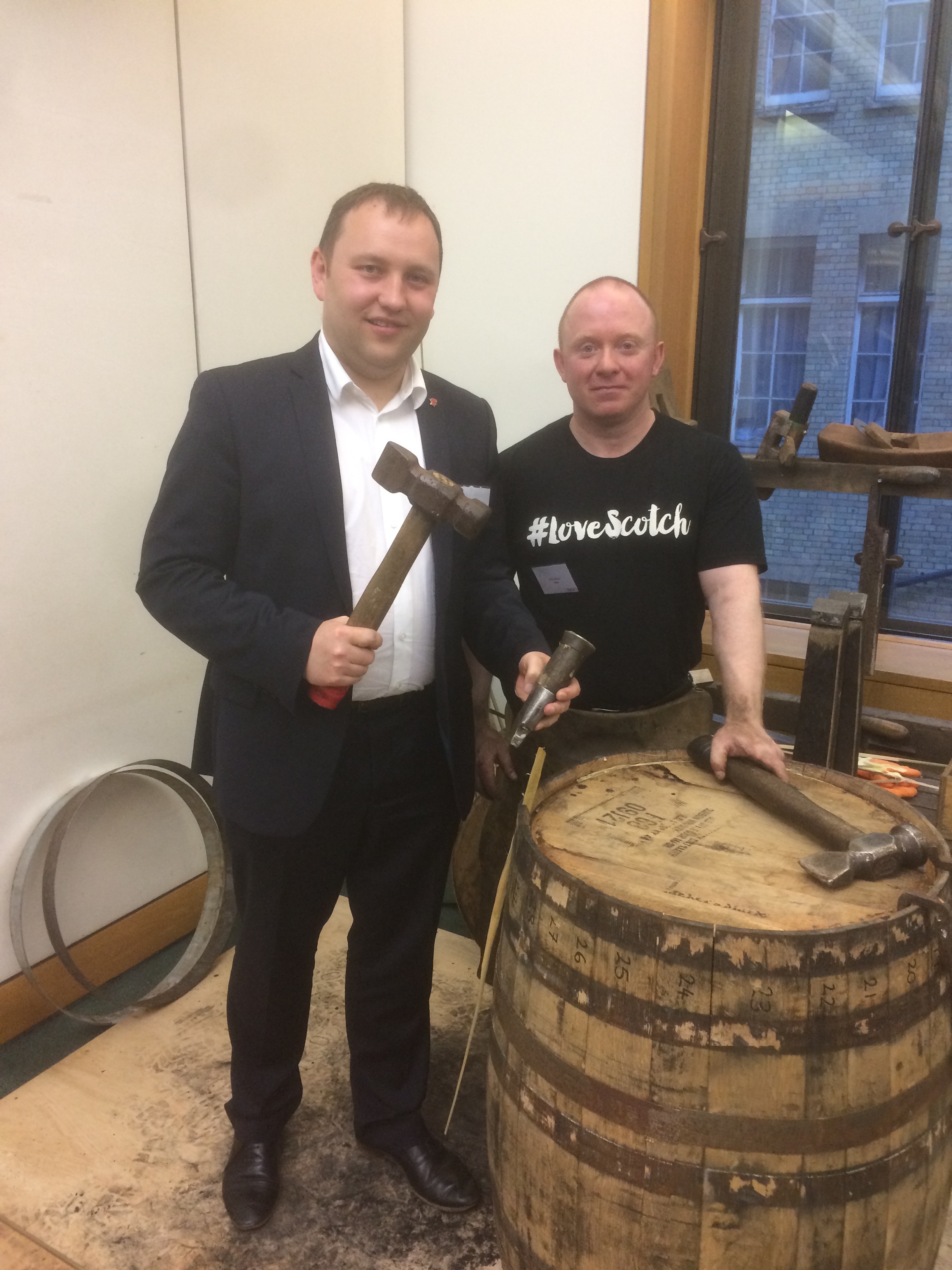 I was pleased to attend this year’s Annual Beer Awards in Westminster hosted by the All-Party Parliamentary Beer Group.

I particularly enjoyed Diageo’s Scotch Whisky Grain to Glass campaign where I learned how to be a cooper like my father, uncle, and generations of my family before me.

The Beer Group’s objectives are to broaden recognition of the enormous contribution brewing and pubs make to the UK economy -; and to celebrate the unique role that beer and pubs play in our society.

Pubs are a cherished British institution and are often at the heart of our community life. Indeed, it has been estimated that around 30 pubs close every week in the UK and this loss is not only felt by local communities but by our economy as a whole in terms of jobs, trade and tax revenues.

As an ex pub owner I know first hand the difficulties the industry faces, but I also recognise the massive potential our drinks industry has, particularly in Scotland with Scotch whisky.