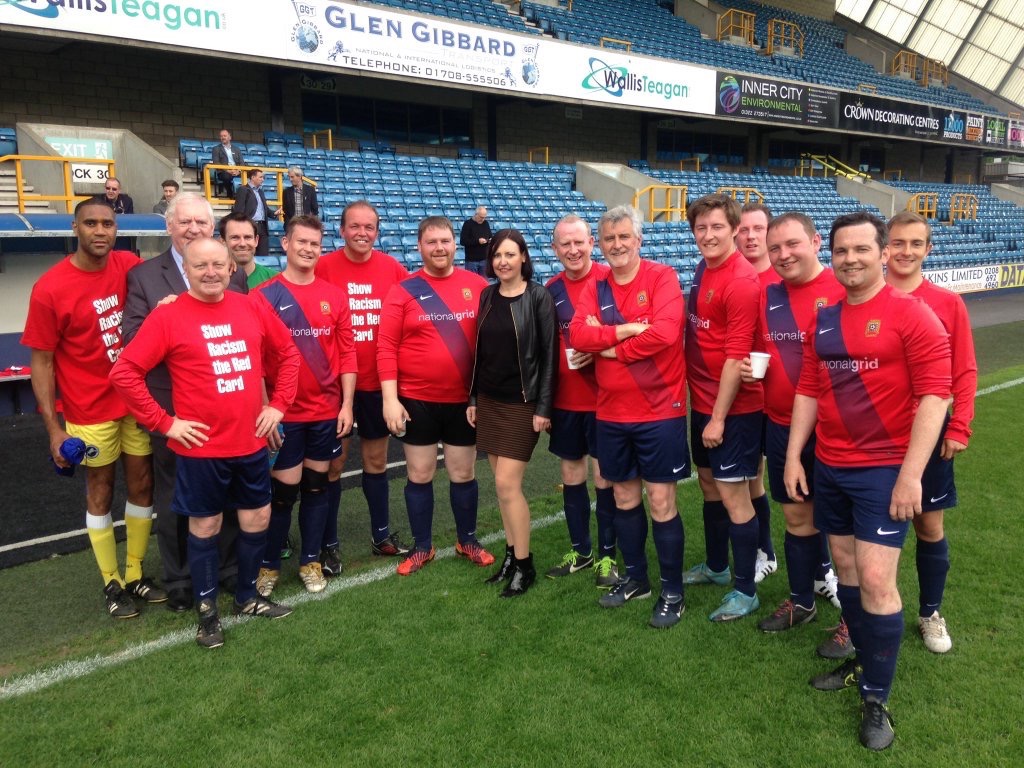 I joined colleagues from across the House to play in a charity football match, celebrating the 20th•anniversary of the fantastic charity ‘Show Racism the Red Card’.

The match was between MPs, retired footballers, and celebrities at Millwall’s famous ground- the New Den. Unfortunately we were beaten 10-2 (or at least that was the score when I stopped counting).

Show Racism the Red Card goes into communities, classrooms and football clubs and educates 50,000 children a year in the UK about racism using the power of football.

You can learn more about this great charity, and the match here: