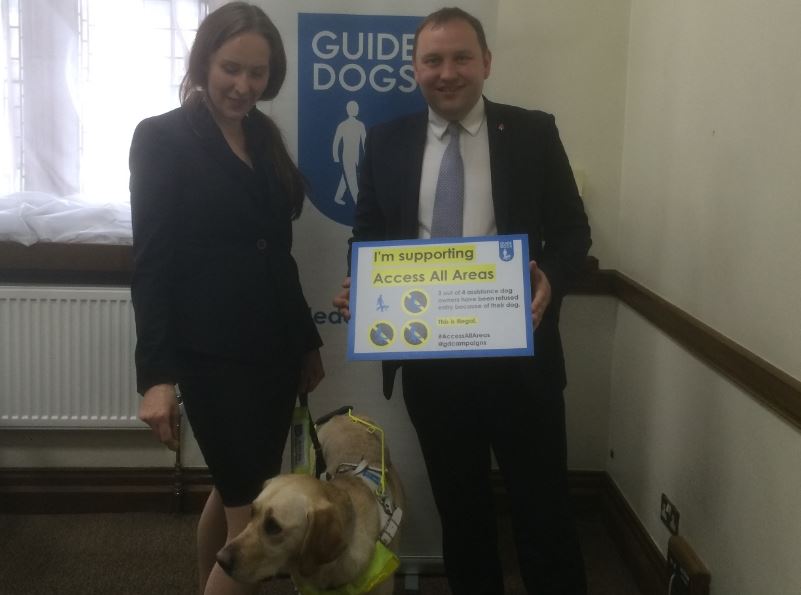 It was fantastic to meet Guide Dogs in Parliament to raise awareness for the Access All Areas campaign.

Channel 4 news ran a fantastic piece on the issue recently which you can watch here:

The Equalities Act, passed by the last Labour Government introduced a number of legal protections, including placing duty on taxi and private hire drivers to carry guide and other assistance dogs at no additional cost. It is therefore a criminal offence to refuse carriage to a guide, or assistance dog.

The Select Committee also recommended that all local authorities should exercise their powers of persuasion and coercion so that no drivers are licensed unless they have had disability awareness training, and no taxis are licensed unless they are wheelchair accessible. Where the driver or operator fails to comply with the Equality Act, the Committee believes local authorities should be prepared to take action. I completely agree but unfortunately the Government has not yet responded to this report.