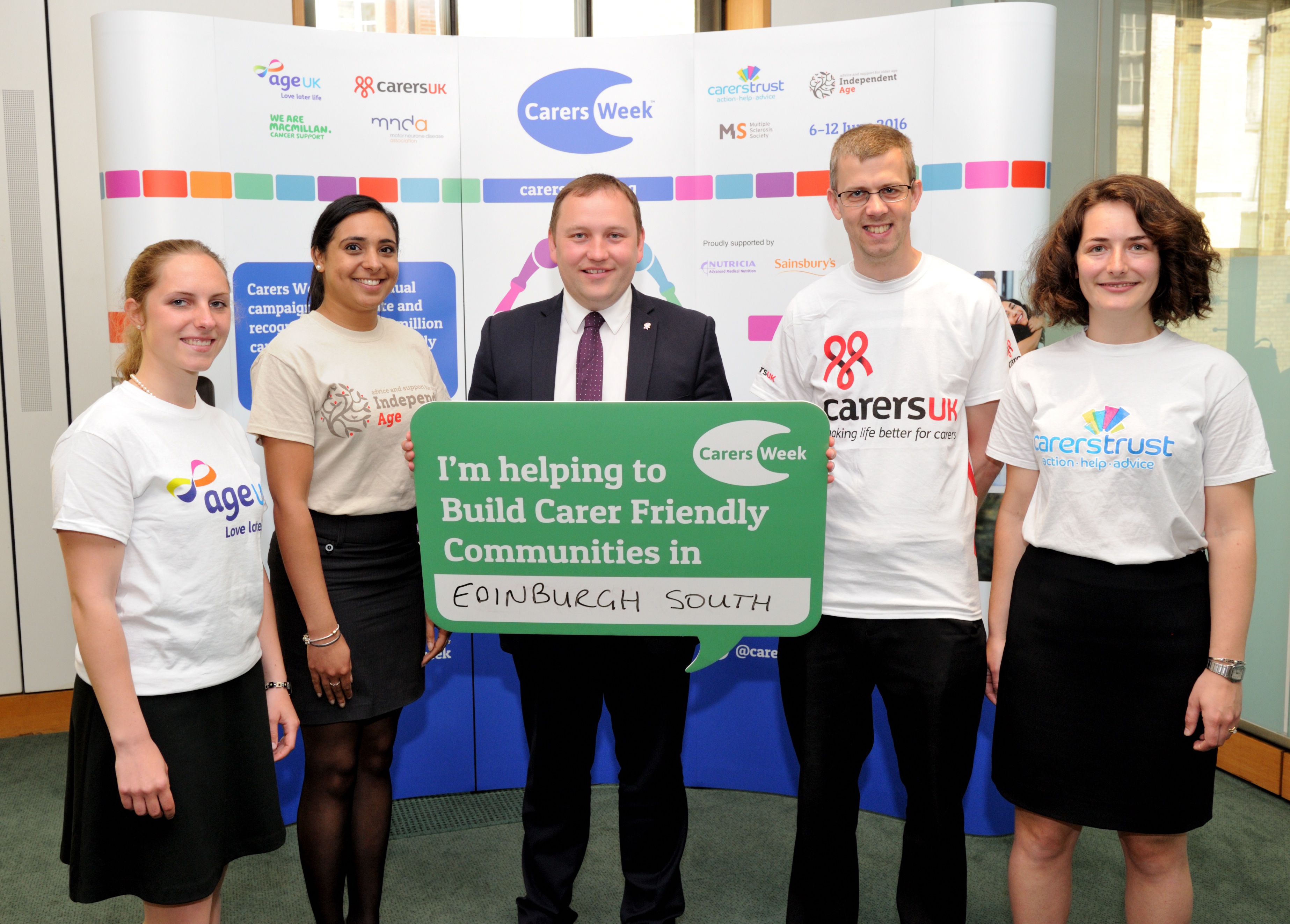 I pledged my support to carers across Edinburgh South as part of the National Carers Week 2016 Awareness Campaign, which runs from 6-12th June.

I appreciate the vital contribution that Britain’s 6.5 million unpaid carers make to those with care needs, our local communities and our economy. I also believe that for too long carers have been ignored and that too many carers remain unable to get the help and financial support they need in order to help others.•

Carers’ Week, which takes place from 6-12th June, is an important opportunity to draw attention to the challenges many carers face, so I hope the Government will listen and respond to the many campaign events that will take place during this week.

The previous Labour Government introduced the first ever Carers Strategy in 1999 and I believe it is vital that the current Government build on this to provide greater support for family carers. I also recognise this is particularly important given the growing number of people with care needs and the increasing strain we are seeing in our social care system.

I stood at the General Election on a manifesto that included plans to introduce a new right for carers to ask for an annual health check, to place a new duty on the NHS to identify family carers so they can get the right support, and to give families caring for people with the greatest needs a single point of contact with care services, so they do not have to battle different parts of the system.

A Labour Government would also have abolished the cruel and unfair bedroom tax – which hits 60,000 carers and penalises them for the extra facilities they need – and ring-fenced the money councils get from the Department of Health for carers’ breaks, meaning that at least £130 million a year would be spent on carers’ breaks.•

I am concerned, however, that the new Government will lack the focus and ambition that is needed to tackle this very serious issue and to address the growing strain that our social care system is under.•

You can find out more about Carers Weeks here.