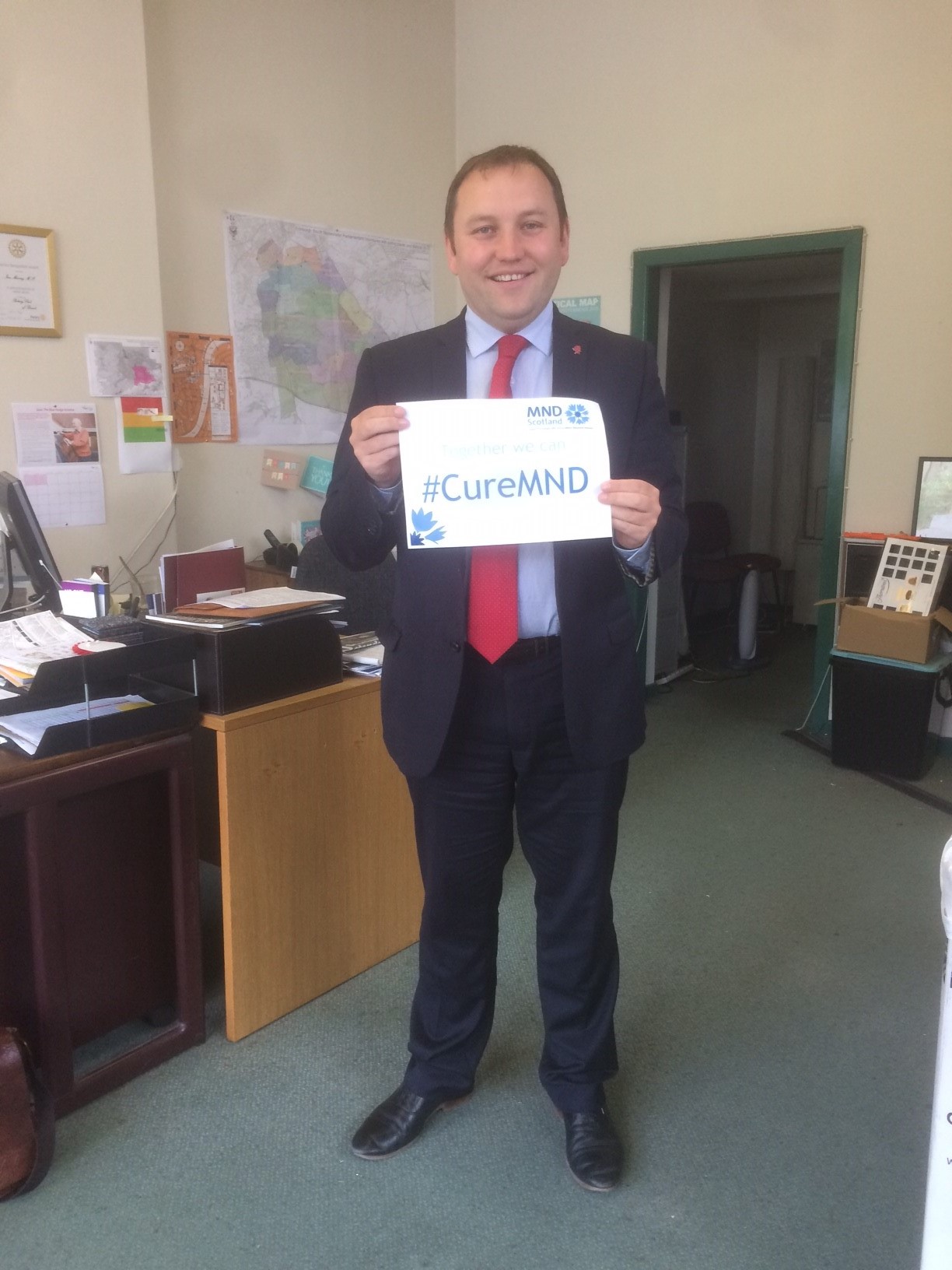 My friend Gordon Aikman, who has been running an incredibly brave campaign to awareness for MND, has now raised over £500,000 for MND Scotland.

One of the major points raised by Gordon’s campaign concerns current spending on research funding into MND.• In 2012/13 the Medical Research Council spent £4.1 million on research into MND and the National Institute for Health Research spent £700,000. I believe it is important that the UK and Scottish Governments continue to invest in MND research as this is vital to developing the new treatments and drugs that are needed to tackle this condition.

‘Gordon’s Fightback’ also rightly highlights some of the serious problems that people with conditions such as MND can experience with the social security system. I have been particularly concerned at the way the Government have mishandled the introduction of Personal Independence Payments (PIPs) and I know that many people with serious conditions such as MND have suffered unnecessary stress and anxiety as a result, as well as serious financial problems.

It is also concerning that there can be significant variations between local authorities in Scotland when it comes to access to free non-residential care services for those suffering from terminal illnesses. People in Scotland suffering from a terminal illness should not be charged for their care and it is important that the Scottish Government work with local authorities to ensure this is applied throughout Scotland.

I know that Gordon Aikman’s campaign has really helped to raise awareness of MND in Scotland and the rest of the UK and to draw attention to the many difficulties faced by those suffering from the illness. I hope that both the UK and Scottish Governments can now work towards improving treatment and support for those diagnosed with MND.

Visit Gordon’s website to learn more about his story and the campaign: http://gordonsfightback.com/