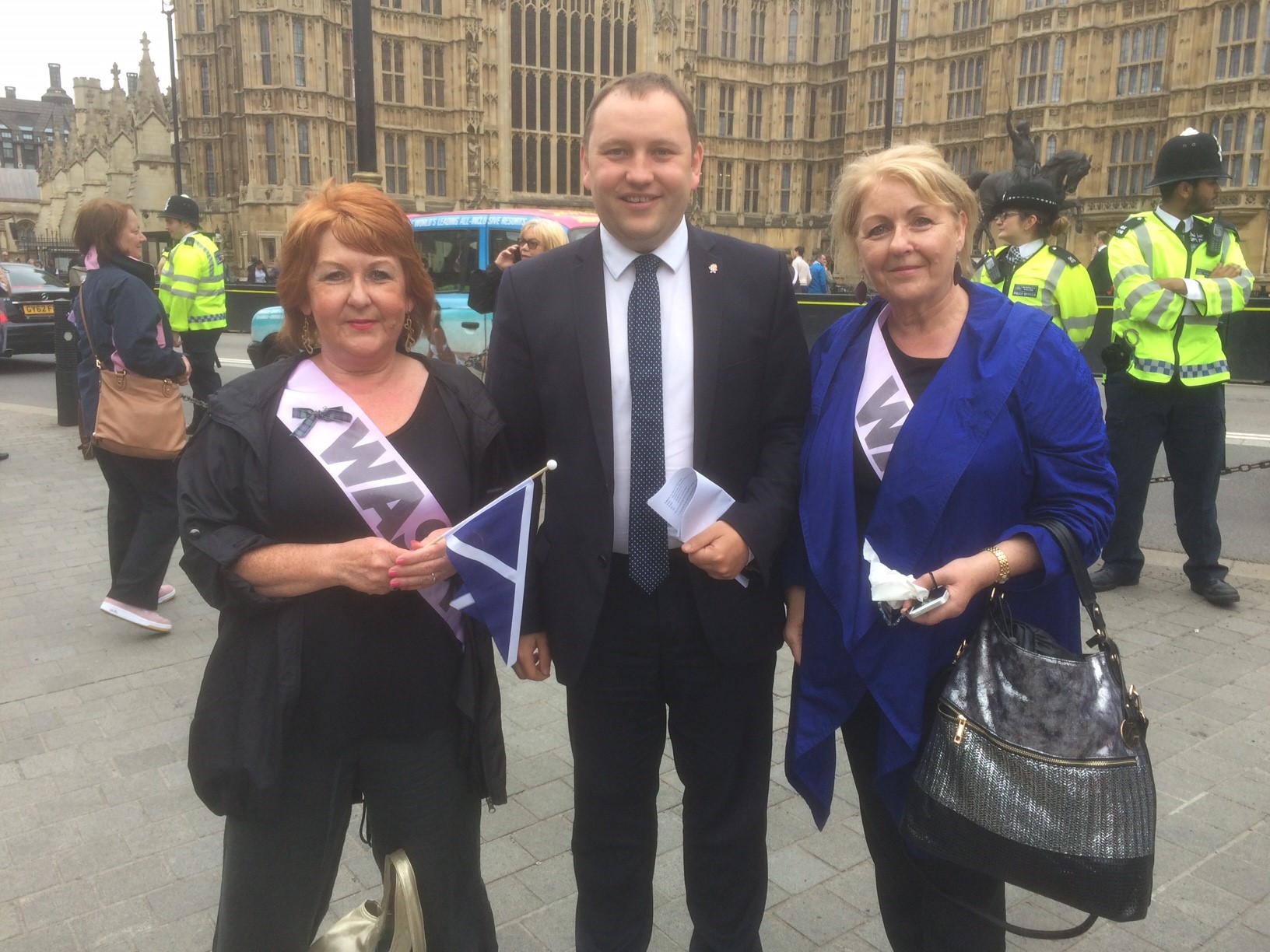 I was delighted to join women from Edinburgh South and across the country on a demonstration outside Parliament in support of the fantastic WASPI campaign.

The campaign was launched to campaign against the unfair changes to the State Pension Age (SPA), which were imposed upon women born on or after 6th April 1951. These changes meant that women born in the 1950s did not have enough notice of changes and could not plan for their new circumstances. The impact of these changes has been further exacerbated by the Government’s failure to communicate the changes.

I support the equalisation of the SPA, however I believe it is vital that changes to the SPA are carefully implemented so that those who are affected are given adequate notice of the changes and have enough time to plan for the future. Otherwise, the system s unfair.

In 2011 the then Work and Pensions Secretary committed to looking at transitional provisions to help the women who have been hit hardest by the changes but he has failed to do so. There has been a number of Parliamentary debates on this issue in recent months, including an Opposition Day Debate in February 2016, where the Shadow Work and Pensions Secretary set out 6 transitional support options that the Government could consider.

In March 2016 the Work and Pensions Select Committee published a Report on the SPA. I welcome the Report’s call to invite the Government to make up for their mishandled changes to the state pension age. It is clear there are a range of options Ministers could, and should, be pursuing, including the option of early access to a lower state pension. I also note that the Work and Pensions Select Committee has now launched an inquiry to explore the possible effects of such a policy.

The Government has announced that there is to be an independent review of the future of the SPA, but that this review will not cover the existing SPA timetable up to April 2028. Given the mishandling of the acceleration of the SPA for women born in the 1950s, which has already caused huge financial worries for 2.6 million women across the country, I believe that the Government should also consider this review to look again at what more can be done to help those women born in the 1950s who are set to lose out.