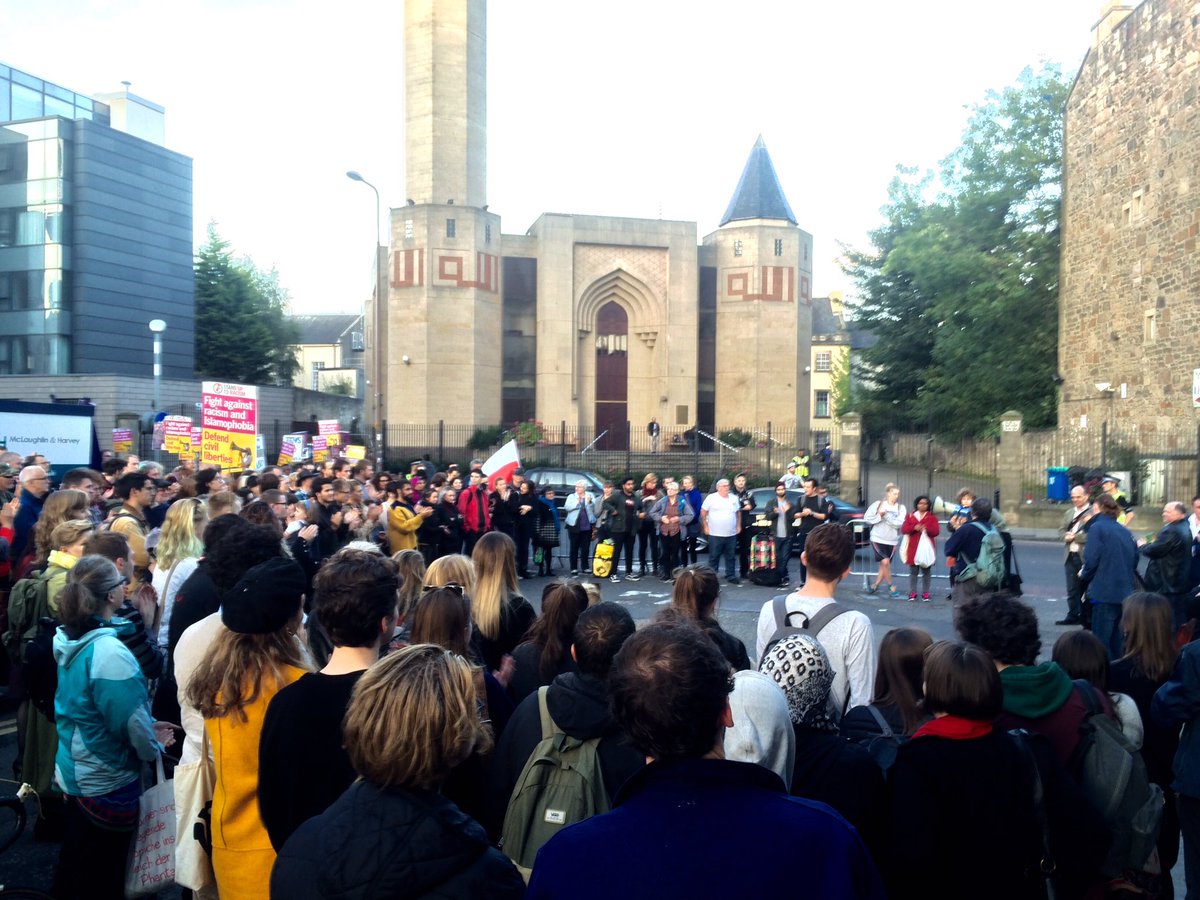 I joined hundreds at Edinburgh Central Mosque to show solidarity with the Muslim community after the despicable fire bomb attack.•

Over 200 well-wishers came to stand with us in front of Central mosque as we heard from speakers and held a minute’s silence. We remembered the pregnant Muslim woman in Milton Keynes who sadly lost her twin babies after an Islamophobic attack last week and all other victims of hate-crime.