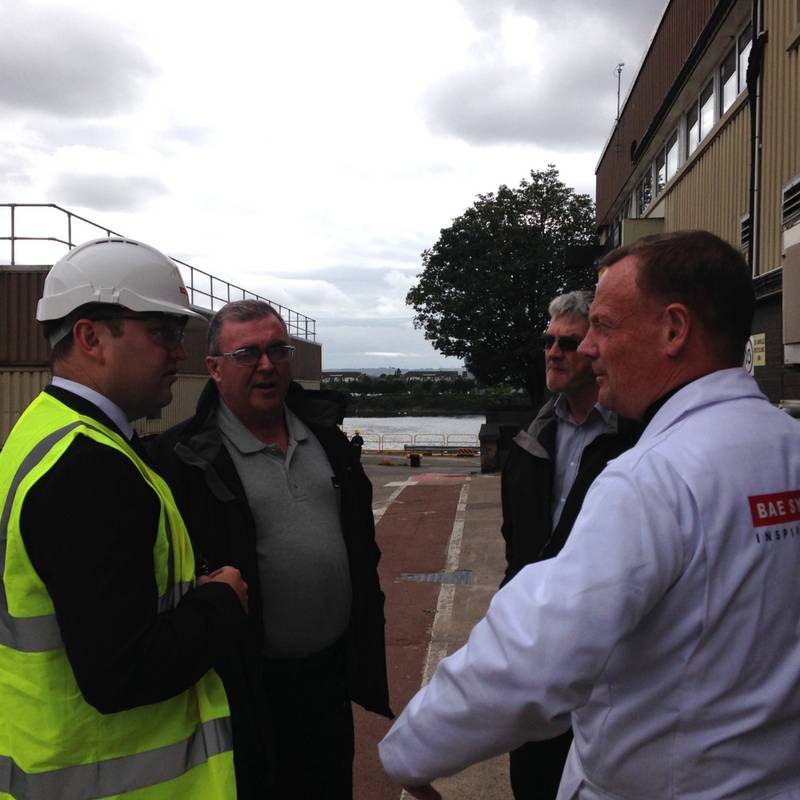 During my recent visit to BAE Systems on the Clyde I met with project directors and trade union officials to see first-hand their world class ship building programme.

I was particularly interested in the design technology which constructs a computer generated version of the ship. This allows engineers to walk through the ship and explore every last detail, adjusting the design plan as required. Any adjustments made at this stage of the process saves both time and money.

The most pressing issue in the yard at the moment is of course the delays on the Type 26 Frigate programme. In November 2013, the Government announced that it would consolidate its warship capability in Glasgow and end shipbuilding in Portsmouth. A timeframe was set out and the Clyde shipyards made operational and staffing decisions based on that timeframe, which they expected the Government to honour. Under that timeframe, construction should have begun early next year. Now the Government is refusing to commit to any dates at all, and is being disingenuous about the reasons behind the delay, which I understand is in fact due to budget cuts.

I submitted a Parliamentary Question on this issue back in June which you can read here. •

More recently I asked the Minister for Defence Procurement what effect this would have on jobs and apprenticeships on the Clyde.• You can watch my question here:

The UK Government made a solemn commitment to workers on the Clyde that the Type 26 Frigates would be built according to a set timeframe, and the shipyards made plans in accordance with that commitment. Failure to honour that commitment would represent a breach of trust that would critically undermine the credibility of the UK Government and the new Prime Minister in the eyes of the people of Scotland.